The Meteorological Office in Dominica is warning residents to take action to prevent illnesses that are associated with Sahara dust which is now affecting the island.

“A thick plume of Saharan dust haze is expected to continue to blanket the island chain over the next few days resulting in dry conditions and a significant reduction in visibility,” Marshall Alexander. “People with respiratory illnesses, allergies etc, should take the necessary precautions to minimize complications – precautions such as staying indoors and taking measures to keep the dust outside of your homes and avoiding outdoor activities.”

The Met Office is also recommending the wearing of masks, keeping medication close at hand and using air purifiers where they are available. Small craft operators are also being advised to stay in port particularly in cases of vessels on which GPS is not being used.

According to Alexander, while the Sahara dust will help suppress the development of Tropical systems in its vicinity during the period for which it is present, the prediction for an above-normal hurricane season still stands. He said that a gradual reduction in dust haze can be expected by late Tuesday into Wednesday.

Meanwhile, the Met Office is reporting that by late Wednesday into Thursday, a tropical wave is projected to generate an increase in showers and possible thunderstorm activity, across the Lesser Antilles.

The Met Office also says that a high-pressure system is expected to result in occasional cloudiness with a few showers, across the area, during the next 24 hours. Windy conditions are expected to persist today.

Moderate to rough seas are also expected during today, with waves peaking near 10.0ft. Small craft operators and sea bathers, particularly on the east coast, are advised to exercise extreme caution, as a small craft warning and a high surf advisory are in effect. 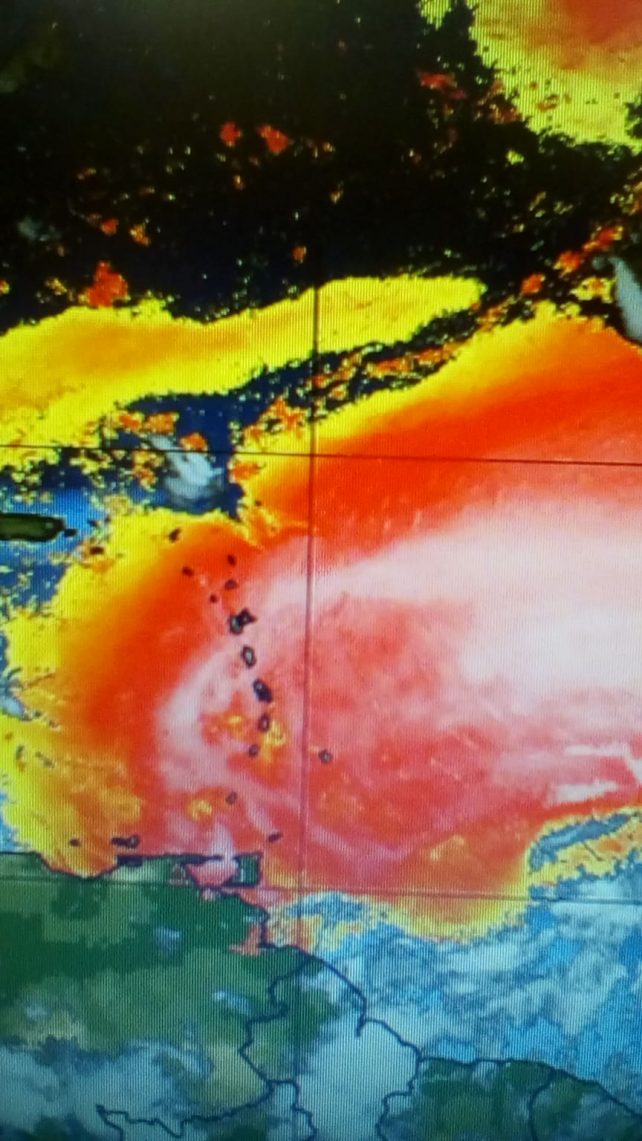