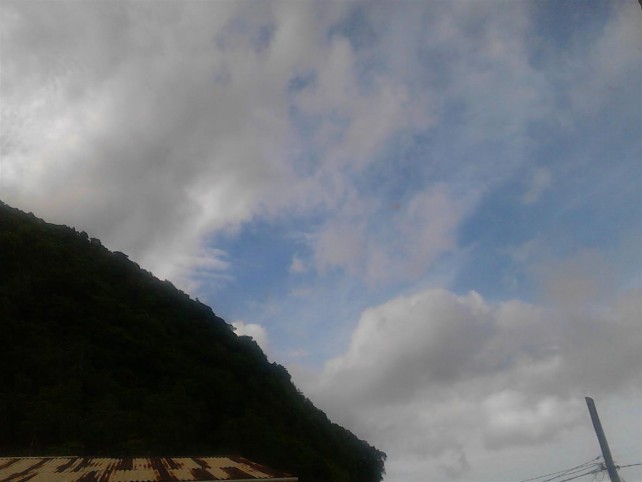 A high pressure system is expected to result in occasional, brief showers across the central and northern portions of the Lesser Antilles, including Dominica, during the next 24 hours. Meanwhile, a tropical wave is expected to produce showers and possible thunderstorms particularly across the extreme southern Windwards.

Over in the Atlantic, another tropical wave which is being monitored for further development is expected in the area on Thursday. Most of the moisture associated with this wave is expected across Dominica, from Friday into Saturday.

Dust haze is expected to persist throughout the week resulting in a reduction in visibility and air quality. People with respiratory sensitivities are advised to take the necessary precautions to avoid complications.

Moderate seas are anticipated during the next 24 hours with waves peaking to 7.0ft. Further improvement is expected as the week progresses. Small craft operators and sea bathers on the eastern coast should continue to exercise some caution.