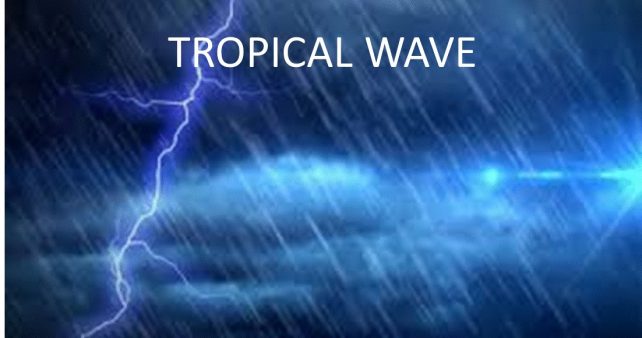 A tropical wave is expected to maintain increased cloudiness with scattered showers and a chance of isolated thunderstorms mainly across the northern portion of the Lesser Antilles, during the next 24 hours. Instability associated with this wave can be expected to linger into Wednesday morning with a gradual drying out of the atmosphere expected by afternoon.

People in areas prone to flooding, landslides and falling rocks should remain vigilant mainly during the morning period.

Slight to moderate seas are anticipated during the next 24 hours, with waves peaking to 5.0ft.

Meanwhile, a strong tropical wave located in the far Eastern Atlantic, near the coast of Africa, is being monitored and has a high chance of development during the next two to five days. This system is expected to approach the area by early next week.