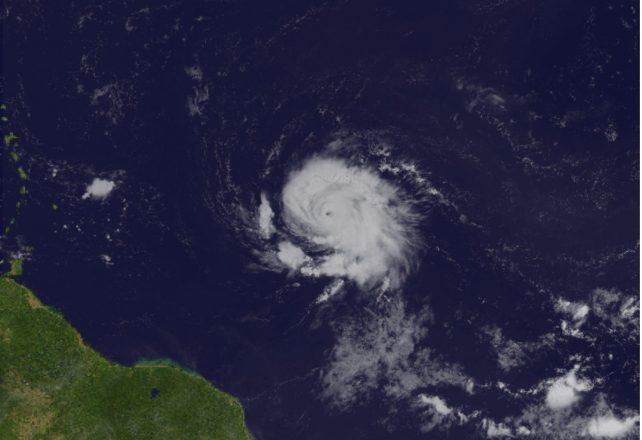 A trough system is expected to generate an increase in cloudiness with scattered showers and possible isolated thunderstorms, particularly across the southern portion of the Lesser Antilles during the next 24 hours. People in areas prone to flooding, landslides and falling rocks should exercise caution during the period.

Now a major hurricane of category 3, Sam was located near 12.9°N, 47.6°W at 11am. Based on the projected path, intensity and forward speed, the system is expected to pass north of the Leeward Islands as a major hurricane by next Wednesday. The public is advised to monitor the progress of this system.

Slight to moderate seas are anticipated during the next 24 hours, with waves peaking to 5.0 feet. An increase in swells due to the approach of Hurricane Sam can be expected by late Monday. Small craft operators, sea bathers and people living near to or traversing coastal areas should be on alert.