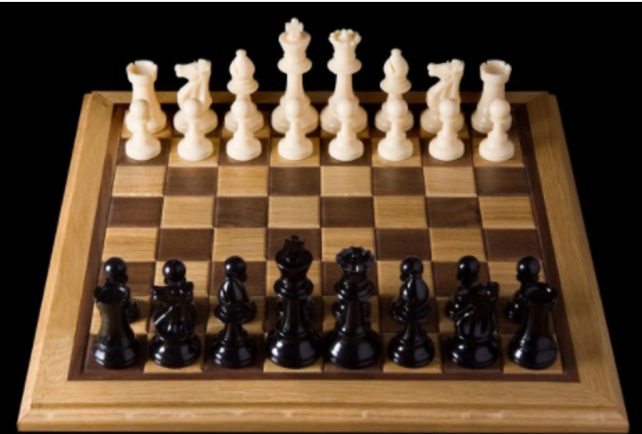 So generally most people know, have seen, or have an idea of what chess is, due to its popularity on television or through social media. Chess is an abstract strategy board game. Much like dominoes here in Dominica, many countries around the world have adopted a societal love of the game of chess. Today, chess is one of the world’s most popular games, played by hundreds of millions of people worldwide. Chess competition today is governed internationally by FIDE (International Chess Federation). Players may be awarded lifetime titles by FIDE, such as Grandmaster, or International Master, open to both men and women. There are also separate women-only titles.  A huge body of chess theory has developed since the game’s inception, and chess in its turn has influenced Western culture and art. Chess also has connections with other fields such as mathematics, computer science, and psychology.

Benjamin Franklin wrote in 1779 in a piece titled the morals of chess that:

“The game of Chess is not merely an idle amusement. Several very valuable qualities of the mind, useful in the course of human life, are to be acquired or strengthened by it, so as to become habits, ready on all occasions. For life is a kind of chess, in which we have often points to gain, and competitors or adversaries to contend with.”
Franklin suggests that playing chess develops foresight, circumspection, perseverance, and sportsmanship. Some of the other benefits of chess are:

Many studies show that chess helps children with cognitive development and increases math and verbal test scores. Chess is more than a board game. It teaches us to think analytically and be more successful in life, no matter what your profession. As a chess player, you learn to analyze situations, evaluate options, plan strategically and solve problems.

The members of the Dominica Chess Federation interim executive is proud to present to the general public, people of all ages, the creation of the Dominica Chess Federation. A Not For Profit (NPO), non-political organization, created by and for Dominican chess players. Recently founded (Dec 2021), the Dominica Chess Federation is the officially registered and recognized chess body of Dominica by The International Chess Federation, and registered under the laws of the Commonwealth of Dominica (Feb 2022). We share a shared vision, not limited to: networking, growing, promoting, and representing our Nature Island through the wonderful game of Chess. Membership is open and available to all chess enthusiasts or people interested in learning Chess. Joining the Dominica chess federation, makes you an official member of the worldwide chess family, giving you access to the benefits of the vast network of chess. That includes but is not limited to; coaches, training programs, an official rating, and participation in events and tournaments, both regionally and internationally including potential world championships.

Please reach out to us for any questions or comments, we are always available: