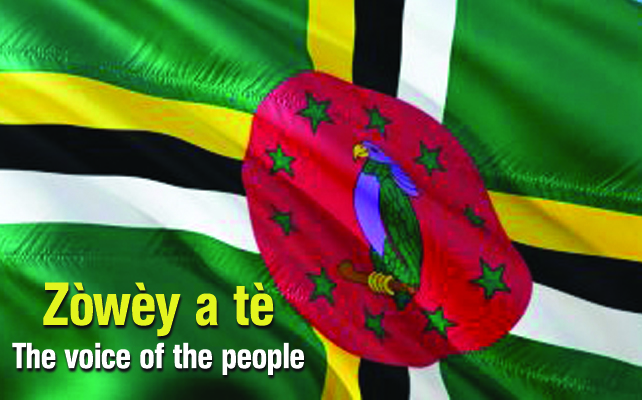 With the recent conviction of Rodman Moses Lewis for the murder of Tricia Riviere on November 3, 2015, and the prosecution seeking the death penalty in the matter, many were shocked to find out the such law still existed on the statute books of Dominica.

The death penalty has been applied only once since Dominica attained independence from the United Kingdom.

It was mandatory then, but in recent times the courts have ruled that the death penalty can only be applied in the worst of cases.

Now, convicted murderer Lewis could become the second person since independence to be executed for his crime. Dominica News Online (DNO) sought public opinion on the death penalty in Dominica and whether or not it should still be used in our judicial system?

A number of people were randomly approached and here are some of the responses we got from those willing to speak to us:

Allen (Salisbury): “As a Christian nation, I think the death penalty should be removed from the books in Dominica. Thou shall not kill the good book says and besides, I believe death is too good of a penalty for some of these criminals. Let them live with their guilt for the rest of their lives.”

Baptiste (Eggleston: “The bible says that whoever takes the life of another man so shall his life be taken from him. Too many people thinking before they get any problem with another person is kill. We need to set examples in Dominica and with the case of Rodman, it is the perfect example. So I am all for it in this situation.”

Marie (Belles): “I am all for the death penalty. These people can’t just kill others and go Stockfarm and get fat on taxpayers’ money. We have other important things which our money can be invested in than feeding murders.”

Jillian (Canefield): “This is one of the few times I will applaud the judicial system in Dominica. I don’t know the reason why it was not practiced in all these years but I’m happy that it was brought back up. I also don’t think the death penalty should be for only murders but for rapists. These people destroy their victims’ lives so I believe they are a nuisance to society and should be sentenced to death as well.”

Rasta (Roseau): “I don’t believe in the death penalty. Though jury may find someone guilty of murder, taking a life is never the right thing to do because you are  doing exactly what you are punishing that person for doing. I am not for it at all. A lifetime in prison is a better option.”

Donna (Mahaut): “What exactly killing these people going to do for the family of the murder victim? They have already undergone the trauma and loss which no one should minimize. However, executions do not help these people heal nor do they end their pain. In most cases death is the easy way out. Leave him in prison let him suffer the consequences for the rest of his life.”

Latoya (Kingshill): “I certainly do believe that we should start making examples. They should also do the same to many of the other people at the prision who are in there for murder and rape.”

Kian (Goodwill): “Seems like the death penalty in Dominica is only randomly applied. So many other persons  have committed murder yet they were never sentenced to death, why Rodman though? What good for the goose should be good for the gander. I’m not saying he should be set free but at least not killed.”

Leslie (Fondcole): “If someone murders someone else, they have given up their human rights, including the one to stay alive themselves. The punishment should fit the crime. If you have killed someone, you should be killed too.”

Dublin (Soufriere): “The death penalty goes against our most basic human right – the right to life.”

Rhonda (Portsmouth): “This guy is heartless and from all of what I read he showed no remorse. So for people like that who waste the court time, don’t apologise to the family and still maintain they innocent, they deserve to die. We know in Dominica our laws are slack,  if they don’t kill him he will be out soon and who’s to tell who again this young man won’t kill.”

Ian (Roseau): “While many are calling for the death penalty, it may very well be that the creator has forgiven him. We cannot  judge someone for taking someone’s life  but want to do the same. All murder is murder.”

Randy (Mero): “So I have to work all my life, get up every day tired, taken loan to fed myself and my family only to fed hardcore criminals like this for the rest of their life? These people commit their crimes and society has to pay for them to be well fed and have a roof over their head. Once you take a life yours should be taken instead of you eating and sleeping on people account.”

Judith (Newtown): “Wrong cannot be corrected with wrong. In most cases these people pray for death to escape their guilt so I would leave them suffer in the cell, death is an easy way out.”

Curvin (Calibishie): “The bible says thou shall not kill. The person that kills him is just as guilty as him for taking a life. There should be no death penalty. Let God be the judge.”

Francis (Salsibury): “i don’t think that’s the image we want to send out to the world. Life in prison is a better sentence than murder.”