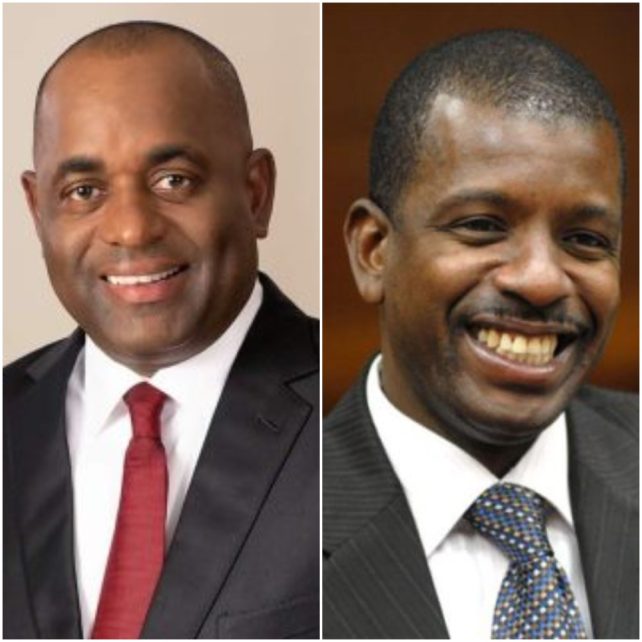 Following weeks of contention since the nomination of Dr Vince Henderson as the Dominica Labour Party (DLP) nominee in the Grand Bay by-election, Prime Minister Roosevelt Skerrit finally broke his silence on the matter on the eve of the election.

Since his nomination, there have been mounting calls for Dr Henderson to be barred from the by-election as opposers say he is in breach of  the qualifying criteria for contesting an election for membership in the House of  Assembly since.

As of nomination day, November 9,  many claimed that Dr Henderson had not been recalled, nor had he resigned from his position as Ambassador of the  Commonwealth of Dominica to the United States of America (USA) and the  Organization of American States (OAS), positions which he has held  since 2016.

Those who contested Dr Henderson’s validity in the election included Opposition Leader Lennox Linton, four citizens who dubbed themselves “concerned citizens” and newly formed civic group the National Joint Action Movement (NJAM), who all requested an investigation in the DLP’s candidacy but to no avail.

However, in his first public statement on the matter, Skerrit heavily denied claims that his party’s nominee made any false or untrue declaration with regards to his candidacy in the Grand Bay by-election.

According to the Prime Minister, Dr. Henderson was duly nominated in complete conformity with the constitution and the provisions of Dominica’s laws.

“They recognize they could not  question Dr. Henderson’s experience, they cannot question his association with the Dominica Labour Party and they cannot question his contribution to Dominica. So what do they do, they go and seek to create some kind of confusion that he is not qualified to contest the election because he is Dominica’s Ambassador to the United States,” the DLP leader stated a Kairi FM talk show host.

Skerrit further stated that Henderson has not received a salary from his government since 2019 which according to him further legitimizes his nomination.

However, according to the Prime Minister,  “even if he was receiving a salary from the government of Dominica as an Ambassador, this would not have disqualified him to be a candidate for Dominica Labour Party or for any party and we must not act surprised, when these guys behave that way.”

The DLP leader said, he anticipated such opposition by his party’s opponents and dubbed it a ploy to “create confusion in the minds of the people.”

While Dr Henderson himself spoke on plans for the community of Grand Bay during the same talkshow, he refrained from commenting on his eligibility as a candidate in the by-election as he labelled the claims as “nothing from a nothing party.”