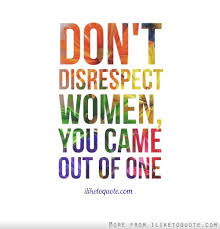 President of the UWP Team Dominica, Letricia Cadette, calls on all women to reject Roosevelt Skerrit, for his disrespect for women.

Says Ms Cadette, “In the last few hours I have read and listened to many comment on the statements made by the Prime Minister where claimed, if he had a daughter he would not want that girl to be like Senator Monel Williams nor would he want his son to be like Lennox Linton. It is the prerogative of Mr Skerrit in his private capacity to wallow in the gutters. However, as outgoing Prime Minister, he still has a duty to behave and conduct himself in an upright manner as a Prime Minister should. Mr Skerrit in his utterances have disrespected all the women of Dominica.”

Continued the women’s arm President, “On behalf of all the women of Dominica, the Women’s Arm of the United Workers (UWP), condemns Mr Skerrit’s disgraceful insults to our women. For this gross disrespect to women, we call on the women of Dominica to reject Mr. Skerrit and his party on election day.”

Additionally, said the Women’s arm President, “We call on the voters of St Joseph to vote in large numbers for Monel Williams and the United Workers Party Team Dominica, whose symbol is the saw.”

Continued President Cadette, “As a woman and the president of the United Workers Party Women Arm, I strongly condemn the statements made by the Prime Minister.

I also call on the Bureau of Gender affairs and the Dominica National Council of Women to lend their voice to condemning Mr. Skerrit’s the statements.

“We remind the Bureau of Gender Affaires and the DNCW of the poem of protestant pastor Martin Niemoller:

First they came for the Socialists, and I did not speak out—
Because I was not a Socialist.

Then they came for the Jews, and I did not speak out—
Because I was not a Jew.

Then they came for me—and there was no one left to speak for me.

“To the Prime Minister, Sir it was not too long ago that your representative signed a document on your behalf and that of the Dominica Labour Party that you would adhere to the rules of election code of conduct.

“It is the courage of Monel standing up against all odds that will inspire women to have a voice. It is the fortitude of Monel to finish the journey that will encourage young women to work hard. It is the strength she has portrayed as a single mother determined to succeed that will give rise to single mothers, high school dropouts and women with similar means to persevere.”

She added, “It is through honest and truthful Leaders  like Lennox Linton young men will know and live  the values of honesty and respect for our women.

Lennox Linton is one of Dominica’s greatest orators. In Lennox’s  speeches young men  find hope. In Lenox Linton’s speeches, women he raises women up. In Lennox’s Speeches, our Nation finds hope.His incredible high  ethical standards and his understanding that a man’s word is its own worth in Gold is something I think any young man will find invaluable.

“We have all fallen short of the Glory of God. We have all made mistakes and bruised our knees when we have fallen from grace. However true character is in our ability to rise after such falls and our determination to not repeat the same mistakes. Mr. Prime Minister in Jesus’ words I find solace I pray you meditate on them as well. ‘He who is without Sin let him cast the first stone’.”