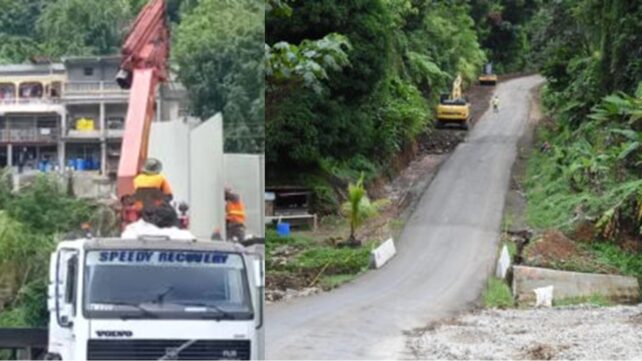 It is expected that by the end of this month, Dominicans will be seeing a decrease in their electricity bills due to a fiscal measure contained in the 2022-2023 national budget which, effective August 1, 2022, increased the number of Value Added Tax (VAT) free units from 100Kwh to 150 kWh of electrical energy provided by DOMLEC to domestic consumers per billing period.

Acknowledging that the rising price of fuel has contributed sharply to the increase in electricity bills, Prime Minister Roosevelt Skerrit made the announcement during his national budget address recently and noted that with effect from that date, there will be no VAT on fuel surcharge which forms part of DOMLEC Bills.

According to the Prime Minister, who is also the Minister of Finance, the measures will be applied to all categories of consumers, namely: domestic, commercial, industrial, Government and hotels.

“Currently, I have been advised that this measure will benefit the 14,534 domestic customers whose consumptions are currently above 100 units,” he said. “Mr. Speaker, this measure will assist all of DOMLEC’s customers except those who are already receiving the VAT-free service.”

It was revealed that DOMLEC is working on recommissioning the PADU Hydro Plant which has been out of operation since Hurricane Maria, and it is expected that the plant, which will provide further relief by reducing the amount of diesel-generated electricity, thereby reducing the fuel surcharge, is expected to be operational by November 2022.

According to the Prime Minister, in May, to further address the rising cost of fuel caused by the Russia-Ukraine War, the authorities began granting subsidies on the import of diesel and gasoline.

“Notwithstanding these subsidies, this Government remains concerned [about] the impact of the increased fuel prices on the people who provide transport services, for example, our bus, taxi, and truck owners,” he said.

As such, the government will grant a 50 percent reduction in the motor vehicle licenses effective August 1, 2022, to July 31, 2023, on public service vehicles used for carrying passengers, for example, taxis and public buses and trucks, and dumpers available for hire.

“The government will also discontinue the Highway Maintenance Levy which was imposed in September 2015, also effective August 1, 2022. The discontinuation of the Levy will result in savings of $100 for owners of private vehicles and $150 for owners of commercial vehicles, truckers, dumpers, and trailers” the PM stated.

Skerrit also announced that the maximum $10,000 grants to first-time home buyers and builders which started in September 2020, will continue this year. An amount of $1 million has been allocated for this program.

Also, effective November 1, 2022, the government will make permanent the reduction in fees on the transfer on purchase of land; the public will see a change in the stamp duty which has been reduced to  2 percent, judicial fee 1 percent, assurance fund 1 percent. The fee to lawyers will be decreased to a  maximum of 2 ½ percent as well as the fees payable by the seller of the land will remain at 2 ½ percent.

Individuals who’ve also lost their certificates of titles during Hurricane Maria and are having difficulty in obtaining a replacement title due to the high cost, will, as of August 1, 2022, only be required to pay to the Government the lesser of the current fees or $5,000.

The Prime Minister further disclosed to the nation that on September 1, 2022, the government will remove all duties, taxes, levies, and charges on all pleasure crafts—and engines of pleasure crafts, imported into Dominica. On the same date, the creation of a small ship’s registry will be opened to small pleasure boats up to 75 feet long at a cost of US$250 for one year or US$650 for three years.