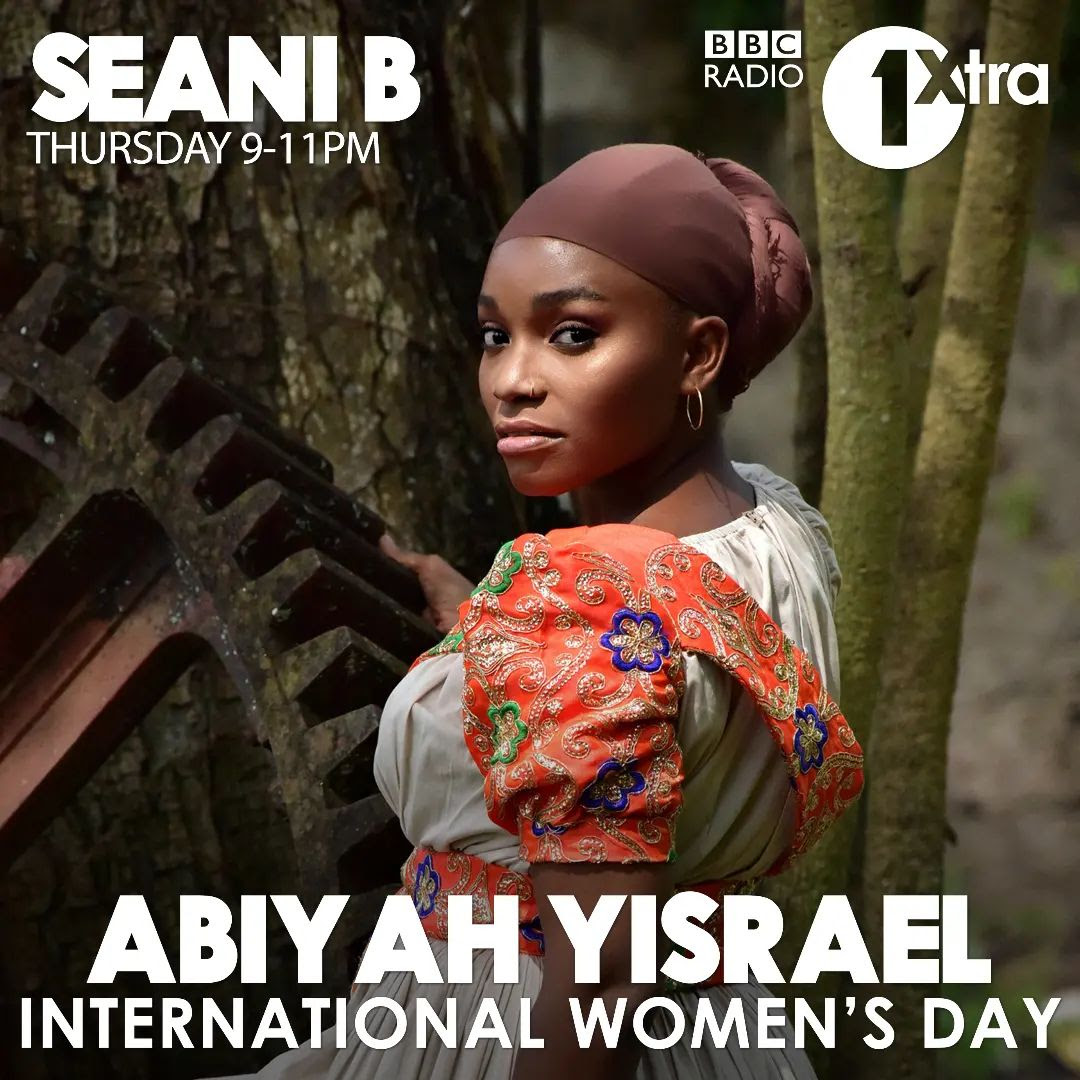 Hebrew Israelite artist AbiYah Yisrael ,has captured the ear of the world being recently featured on SeaniB‘s program on BBC Radio 1Xtra. BBC Radio 1Xtra is one of the largest  digital urban contemporary and black music radio stations on the European continent owned and operated by the BBC.
Worldwide SeaniB is well known on the music scene as a radio host, Dj, a blogger and producer but also as one who really paves a way for upcoming talent. SeaniB every Thursdays has a show dedicated to Caribbean music and artistry where he promotes some of the top and best music in the reggae, dancehall and soca world.

AbiYah was quite elated when she received a message that she was among 6 other female artists worldwide who were selected to do a cypher for SeaniB International Women’s Day special. The cypher was done over the Taxi Riddim produced by Sly and Robbie. Each artist sang a cover song of their choice from another female artist representing women. AbiYah beautifully covered Alicia Keys “Girl On Fire”.

The show is available to all listeners on the following link: BBC Radio 1Xtra – Seani B, International Women’s Day special

AbiYah Yisrael thanks her listeners for their support and is eternally grateful to SeaniB and BBC Radio 1Xtra for the opportunity.