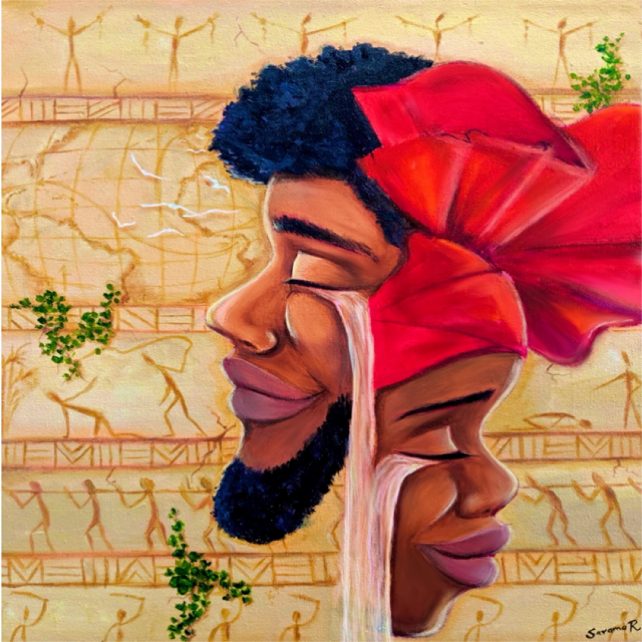 Dominican reggae sensation AbiYah Yisrael has shared a new powerful single “Bloodshed In The City.”
In this recording done at ChaYah Studios, she addresses the wars going on in the Middle East and the rest of Africa as a signal of the prophetic end of the age.
Like her prior releases AbiYah brings a very strong opinionated view of life, the world and world events according to the wisdom of the Torah and sacred Scriptures which she lives by.
In this release AbiYah begins to reveal more of her genuine self, deep and consciously rooted as she chants fire on Babylon and calls for preservation of Africa.
Something which stood out from speaking with AbiYah, she said “The song says, I see, brother against sister, I see, Father against mother, Nations at war with each other. It takes families to make a nation and if the family structure, as is from time, is at war and under attack so too will the nations. This tune here, truthfully the heights goes beyond the wars in the Promise Land. There is a struggle, a war amongst us as humanity, as a family and through breeding so much of those negative thoughts and vibrations, we now have an uncontrolled manifestation of such evil frequencies. All these things were prophesied. Now it’s up to those of us who know good  to do as much good.”
The song was produced, recorded and mixed at ChaYah Studios Castle Bruce, Commonwealth of Dominica by Hilroy “ObadYah” Alfred and mastered by Dernel “Dernz” Green.
ABOUT ABIYAH YISRAEL
AbiYah is a rising reggae artiste currently working with an independent Label Chayah Studios which she co-owns, as well as Ever Blazzing Production out of Germany.
Her works are a reflection of her spirituality and life as she aspires to convey a blend of Afro-caribbean roots in what she dubs as ‘Truth Music’.
She is influenced by many, including a few such as Dennis Brown, Nasio Fontaine, Jah 9 and Aretha Franklin.
AbiYah believes that through reggae music she is able to take on the great commision of enlightening others so they become aware of themselves and identity.
“Music transmits vibrations that create or destroy. Such is the power of our
words. I choose to speak life or this music is nothing  but selfish vanity.
I create as Ispeak. Shalawam”
AbiYah Yisrael