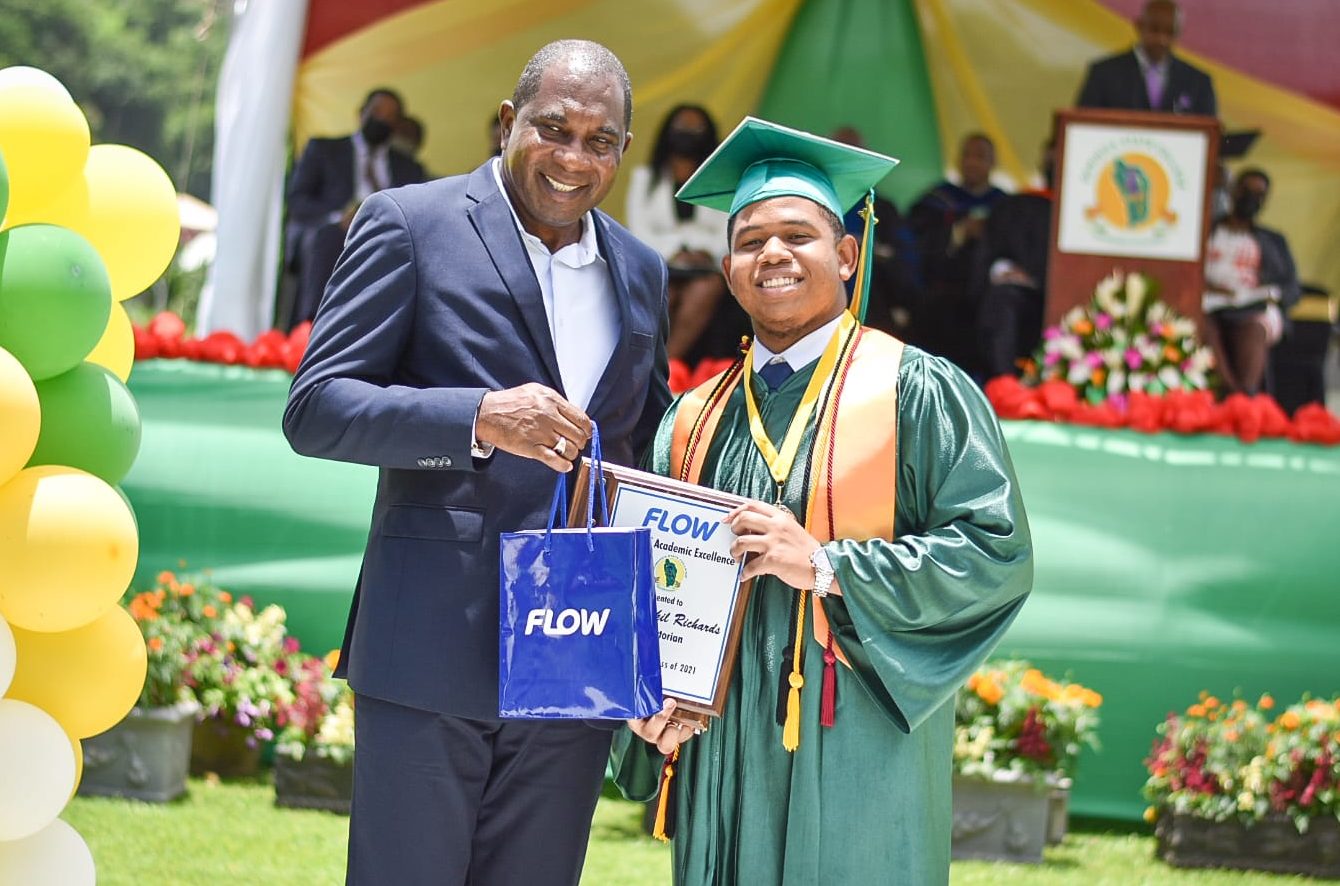 As part of the company’s long-standing relationship with the DSC, Jeffrey Baptiste, General Manager, Flow Dominica, also presented the top student with a Samsung Galaxy Tab 7 at the recently held Commencement Ceremony.

The Chemistry, Biology and Mathematics triple major student graduated with Associate Degrees in all three subject areas and captured the top programme award for Chemistry.

Trudy Christian, Director of Student Services and Biology Lecturer at the Dominica State College, spoke very highly of Richards and his achievements.

“Khahill was an exemplary student who didn’t only focus on maintaining a strong academic record but also was heavily involved in all aspects of student activities offered by the DSC. I wish him the greatest success in his future endeavours,” she said.

During his two-year stint at the DSC, Kahlill-Akil was a Student Ambassador and an Orientation Leader and he also participated in – and won – debate competitions organised by institutions such as the Dominica Bar Association and the Dominica Water & Sewerage Company DOWASCO, among others.

“This is a relationship that we have nurtured over the years and we are happy to be rewarding Mr. Richards as the most outstanding graduating student of the DSC this year. Flow is proud to contribute to his future academic pursuits through the complimentary services and gift of the tablet,” said Baptiste.

Flow extends best wishes to Khalill-Akil Richards in his future endeavors and looks forward to his continued success.