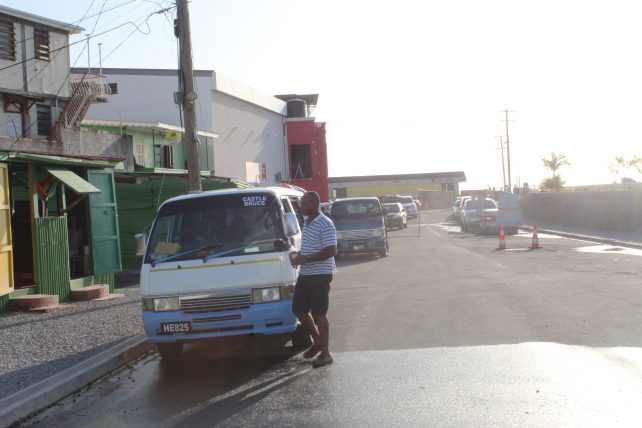 Castle Bruce bus drivers had to find an alternative area to drop off and pick up passengers from Wednesday of this week.

Their designated spot, currently near the gazebo next to the E.C Loblack bridge on Riverbank, was changed for a couple of days to facilitate preparations for the launch of Melissa Skerrit as the Dominica Labour Party’s candidate for the Roseau Central Constituency.

On Wednesday evening the bus drivers could be seen struggling with what to do and where to go. Passengers were likewise not sure where to go to catch their bus.

Newly-appointed Deputy Chief Lincoln Corbette told Dominica News Online (DNO) that a meeting was held with about 20 bus drivers on Wednesday to discuss and find a comfortable solution, however, the Castle Bruce bus drivers explained to DNO that few of them were aware of the meeting or the changes.

The bus drivers decided to move back to their original packing area near the Dominica/China Friendship bridge near the market in an area without the approval of the Authorities.

Bus drivers could be heard calling each other and their passengers informing them of their location.

A police officer did come to the scene to assess the situation and agreed to allow the officers to remain there.

On-site preparation for Melissa Skerrit’s launch began on Wednesday evening; the launch will be held on Saturday 9th November 2019.

She is the last Dominica Labour Party candidate to be launched.

The general election will be held on the 6th of December 2019. 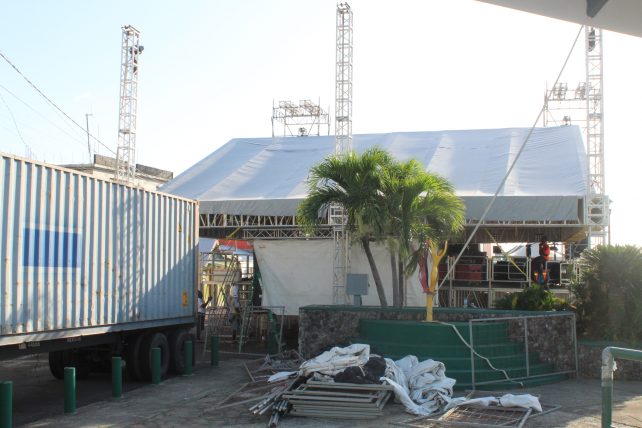