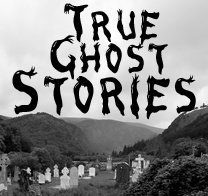 Just two months ago old man Charles, created quite a stir when he forced Ma Tessie to swallow the Holy Communion in Church one Sunday.

“Tessie vallaeyi mwe di ou, “ he continued as he sputtered and wheezed.  The drama was clearly too much for him.

Tessie had no choice but to swallow the communion that she tried to hide in her white handkerchief every Sunday.    It almost choked her, she never came back to church after that.  Some claimed  that her tongue had now become very swollen, since soukouyan was not supposed to be swallowing Holy Communion.

Now Christmas was right around the corner , and the holiday spirit lived in everyone. The small village was brimming with excitement and the usual last minute hustle and bustle that goes with the season.  The sweet aroma of freshly baked homemade bread, black cake, ham, gingerbeer and sorrel lingered in the air sending everyone giddy with joy and anticipation.

Mr. Ettienne the butcher was busy doing his thing supplying the village with fresh meat, smoked ham and all that good stuff.  Some were busy slapping on fresh coats of paint or buying new linoleum, living room furniture or putting up new curtains, leading up to Christmas Eve.

Mado the village loudmouth sat on her step doing her weekly washing and of course she just had to be heard.   “Way Papa, eh beh say osweya tout soukouyan dewor but I hope de lusty toofay dem,“ she loudly remarked making reference to the fact that it was Christmas Eve and that almost everyone was making  plans to attend midnight mass.

Mado was making reference to the communion incident with Ma Tessie and  of course no one had a response to her.

Most people just ignored Mado instead of getting into it with her. Mado lived with her aging Grandmother Ma Kiki for as long as anyone could remember. As a child she was the neighborhood terror and made the other children’s lives a living hell as she teased and taunted them mercilessly.   She never really got reprimanded, so she grew up to be a total nuisance who just needed to  be all up in everybody’s business and no one knew hers. She was quick to salay you and then your business would be making road match in people’s  mouth.

Bottom line she was just totally out of control and a hot mess.

Later that evening, one could hear the consistent banging of dominoes somewhere in the distance at Mr. Tony’s bar, along with the raised half drunken voices of the players attempting to sing along with the lively upbeat Christmas songs. No matter what, everyone looked forward to midnight mass even if they never went to church during the year.

The small  church was filled with a somber silence, broken only by the soft patter of the rain on the walls and windows.  The gold surface surrounding the small alter glinted in the gentle candlelight, sending an eerie glow all over. The  congregation trickled in slowly, taking their seats with everyone dressed to the nines. The beautiful Christmas service could be described as unstructured and unpredictable, with strong fiery sermons following by calm and peaceful  moments of reflection as time passed.

Suddenly there was a big commotion in the entrance of the church, everyone craned their necks to see what was causing the ruckus. Father King stopped the service and looked up to see a familiar face very elegantly dressed processing in slowly,  wow ! What a sight to behold!   This was the most beautiful dress anyone had ever seen, and this was razzle dazzle to the fullest. There was a sinister and evil presence surrounding the person in the dress. A hidden energy swept through the church and some members of the congregation experienced strange dizzying spells.

It was clear that a huge spiritual battle was going on between Father King and the lady in the dress. In a voice of authority he addressed the woman by name   “Patora !  You are an abomination. Be gone vile servant of Satan back to the bowels of hell from whence you came.” But she came closer to the priest.

Patora turned out to be none other than Ma Ki Ki, Mado’s grandmother.This woman had taken soukouyan  to a whole new different level  and gone international.  Ma Kiki had no shame in her game, she was simply rocking that dress with pride. She was one bold thief!

She was the big  soukouyan who had flown to England and stolen the Queen’s dress.  Everyone was shocked  but the look on Mado’s face was priceless. OK! She hung her head in embarrassment as she flittingly glanced into the eyes of  her fellow villagers,  who had taken  maypwi from her time and time again, now the tables were turned she could almost hear what was going on through their minds,  “Waw Mado! Always quick to maypweezay  moun  eh beh say  ou ki ni  pli gwo  kaka abah caban ou pou  choogonay !”

Trembling with anger at the audacity of the lady, the priest continued shouting, “Vile servant of Satan remove your presence from the House of The Lord take the Queen’s dress back,“ and with that, he was sprinkling  the holy water in front of Ma Ki Ki.

He made a circle around her and continued to sprinkle the holy water and chanted some prayers in Latin and he made the sign of the cross. Ma Ki Ki stood still as Father King sprinkled her with the holy water. The dress started letting off smoke and the stench of burning flesh permeated the atmosphere.  Ma Ki ki started screaming and cowering in pain.  It was horrible.

Father King continued by opening the big altar Bible. He read Psalm 23 and after that he went on further to read Revelations. What was supposed to be  a beautiful traditional midnight mass turned out to be a horror show with a soukouyan.  That night Ma Kiki was taken to The Princess Margaret Hospital and put in isolation.

Now how did Father King know that Ma Kiki was wearing the queen’s dress was a mystery beyond comprehension.

With a mixture of shock, fear and excitement, this midnight mass would be the talk of the town for years to come and it sure as hell would be going down in history and Mado would no longer have that unsuppressed power to just maypweezay people as she liked.
“Hmm I wonder what Mado have to say now in her skin?”  Ma Jena  laughed. “Well I think de Government  should consider opening international airport for night landing for dem  soucouyan. Woyyyy soucouyan going more dan de extra mile.  Way Papa  Ma Kiki gone international.”

(Author’s note: The  story of the soukouyan and the Queen’s dress has many versions. This was written for entertainment and humor purposes only. It is not a bestseller or an English essay.)

EDITOR’S NOTE: Persons are asked to submit stories about real-life ghost experiences, folklore, and anything related to dominicanewsonline@gmail.com Submissions are strictly confidential, so do not worry. The column appears every Tuesday when available.