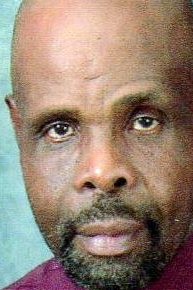 Motive awaits opportunity.  Jesus the Christ had been messing up the program of the high-ups for three years.  His words touched people and made them think which is dangerous for those holding the reins of power.  They had to shut him down; Jesus had to go.  The motive was clearly established and the leaders now watched for opportunity.

It came when Jesus rode into town riding on a donkey and the grassroots masses had to,   ‘get something and wave for Jesus’  going delirious with their palms hailing him as the new king.  The conspirators seized the opportunity and labeled him a political troublemaker whose aim was to overthrow the rulers.  It was a time of Roman occupation of Israel and so they dragged him before Pilate the Roman governor saying, “We have no king but Caesar” and so “Crucify him.”    Except for the names and a few other changes this same drama still plays out today.

This week we journey the way of the cross.   This cross which should be a symbol of shame has become a symbol of divinity.  Crosses are everywhere; in the churches, hanging from rusty nails, nestling between breasts and that once evil thing is now used to scare off evil things.  The merchants whether they believe in Jesus or not make  serious profits selling crosses of all types  from a few cents to hundreds  of dollars.  At the Council of Nicaea an ancient name for a place in Turkey   under the orders of Emperor Constantine of Rome 325 years after Jesus was crucified, 320 bishops of the Roman Church gathered, and after 72 days or so of debate and sometimes vitriolic arguments, voted 318-2 that Jesus the man on the cross is of the same substance as God and should be worshipped as such.

The result of that seems to be that he was placed as the third person in the Godhead trinity but his image remained permanently affixed to a cross.  These bishops came up with the Nicene Creed (I believe in one God, the Father Almighty, Maker of heaven and earth, and of all things visible and invisible. And in one Lord Jesus Christ), and they also established what day should be Easter. You may now see from that why there is so much controversy about Jesus.

The  writing skills of Tim Rice and music of Andrew Lloyd Webber combined to produce the ultra successful rock opera Jesus Christ Superstar in which the question is repeatedly asked in chorus, “ Jesus Christ Superstar who are you, are you what they say you are?”   So who is this Jesus who alternately is called God, Son of God and Son of Man, and sometimes all in the same breath and In whose name churches are erected purportedly to save souls for him.  History shows that we know very little about him and really worship him by faith.  All that we know comes from the Bible which includes writings by those who were his disciples though they ran away on the night he was arrested and Peter his top disciple was ready to jump ship protesting “I do not know him.”  The historian Josephus born after his death writes shortly that he did wonderful things and was executed.

There are doubts expressed about his existence at all and his virgin birth.  There is controversy about his death.  According to Jewish law in those times no one could be arrested at night but the Scripture tells us that he was.      The Scriptures tells us that he was crucified on the day before the Special Sabbath or High Day (John 19:31) which I understand is not the regular Sabbath  Day and that has brought forth the argument that he was not crucified on the Friday but on the Wednesday a clear three days and nights before  Resurrection Day.  In the gospel of Mark (8:27), Jesus asks: “Who do men say that I am?”    Scholars claim that Jesus can best be understood as a first century apocalyptic prophet, who fully expected the end of the world was at hand when God would come down and throw out existing corrupt institutions and impose a new order on the earth:  a New Jerusalem; the Kingdom of God.

Whatever and however it is said about Jesus  the fact remains that after his ignoble death  his disciples became lions for his cause   and suffered hardships, cruel torture and slaughter  for his sake.  From their fledging few over centuries rose thousands of churches, elaborate pageantry, holy day feasts,  1.2 billion followers, and yes, wealthy  preachers.  There was a time   in the 13th century when thousands of humans were burnt alive as unbelievers, heretics and witches.

Holy Week is a time for essential remembrance of his passion; his holiness and sacrifice.   Palm Sunday celebrates the proud entry of Jesus riding into Jerusalem and people shouting, ‘Hosanna!”   Five days later they were screaming, ‘Crucify him.’  This may be a lesson for all who walk under the shelter of popularity and power today. The washing of the feet of his disciples and his saying that, “Who would be greatest among you must be the humblest” again should give the powerful people pause.

If you would ask me, “Who do you say that Jesus is?”   I would respond that he was not just a meek and mild soft talker but a man of action even to the point of organising his own death knowing it would change the world.   He questioned not only authority but hypocrisy everywhere and anywhere. He advocated truth and proclaimed it is, “Truth that sets you free.”  He represents hope to those who have little of it and a miracle worker for those beyond hope.  Who do you say that Jesus is?  I will answer just like he proclaimed, “The Messiah and Son of God.”  Those who claim to have him in their hearts  and cherish the cross hanging from  their necks knocking themselves out  with emotion whenever they  hear his name should pick up their spiritual cross of  pain and rejection  which those who stand for truth must bear  and go and stand for truth  likewise.    We owe that to Jesus the Christ who we acknowledge died for truth.  The same question, “Who do you say that I am?” applies to us personally this week; in other words what do you fearlessly  and boldly stand for?