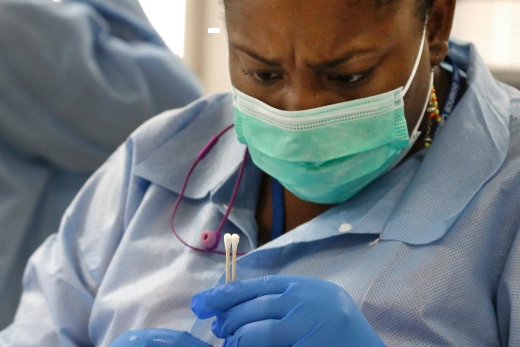 Dominica’s current monster scandal brings to mind what happened in the United States some years ago. Bill Clinton had sternly wagged a palefinger at the cameras. In a presidential, cut-this-crap manner, he intoned, “I did not have sexual relations with that woman, Ms Lewinski…” https://www.youtube.com/watch?v=KiIP_KDQmXs. However, as soon as authorities got their hands on that rumoured blue dress – the one with that infamous stain, Bill Clinton basically cowered, “Okay, okay…”

Here’s one reason why God will continue to bless the state of Israel. Correct me if I’m wrong, but their neighbours have reverted to stoning women and selling them as sex slaves. Meanwhile, Israel remains the only country I know of which successfully prosecuted a sitting president for sexual assault. His Excellency Moshe Katsav began serving his 7-year prison term in 2011.

A couple months ago, someone from the Non-Governmental Coalition for the Protection of Children and Youth asked me to write a strong article on child sexual abuse in Dominica. Back then, I felt that the issue had already gotten much air time and was a bit too creepy anyway. Shouldn’t we be focusing instead on more positive development matters? Then all of a sudden, BOOM! They were right. I was wrong.

In the Caribbean today, only about 15% of sexual assault cases are successfully prosecuted. The leading excuse is lack of physical evidence. Upon my return home 3 years ago, I inquired about rape kits at the Princess Margaret Laboratory and the Police prosecutor. They basically laughed saying we had no such thing in Dominica. Why? Government did not see this as a worthwhile expense.

While in England for a recent conference, I inquired about rape kits from the National Society for the Prevention of Cruelty to Children (NSPCC). When I overnighted in St. Maarten on my way back, I stopped at the Medical Center and inquired of Dr.Mercuur, their Forensic Medical Expert, how exactly their legal system handled assaults. He was most gracious and helpful.

A rape kit is more properly called a SAFE kit (Sexual Assault Forensic Evidence).This is performed in a private secure place supported by a health care professional trained in counselling. Fingernails and mouth are swabbed. Hair is combed for fibre analysis. Photographs document the presence or absence of injuries. Swabs of relevant areas are taken for possible DNA analysis. Blood tests are obtained to screen for sexually transmitted diseases. Emergency contraception is offered. SAFE kits can help identify an unknown perpetrator or serial offender as well as clear innocent suspects.

This, my friends, is the international standard. By admission of our health and legal authorities, Dominica is not even on the radar. Because we may not be able to afford to do all, is no reason why we should not at least do some. At the moment, victims of sexual abuse are pretty much on their own. The wealthy can afford hired gun lawyers who will not hesitate to unleash innuendo and victimize again in defense of their clients. Victims intensely fear being dissected in public like that. Without appropriate support, taking hush money seems like a common sense, win-win option.

The alleged suspects are all friends of mine. I have reached out to them. I pray for their families. There is hope and redemption but please spare us more grief. At the end of the day, it is about the victim, the child, isn’t it? That is someone’s daughter, sister, cousin, niece or b.f.f. The most common reaction I hear is “If this was my ­_____, I would be in jail already!”

Thanks to the Congressional Black Caucus and others, Bill Clinton survived impeachment by the skin of his teeth. Because of that outcome, Hilary Clinton is today on track to become the first female president of the United States. (Unless, of course, Trump…well, let’s not even go there!) Mr. Clinton was otherwise well loved and no one is perfect. Monica was not a child, but society has to draw a line somewhere.

Unlike MRI or heart surgery, the basic components of the rape kits are readily available to any laboratory professional, nurse or doctor in Dominica today. It is your right as a citizen of this modern world. So know exactly what to ask for. If anyone is assaulted, tell them don’t wash despite feeling so violated and dirty. Get to a caring health professional as soon as possible to secure the evidence. Because as with Bill Clinton’s blue dress, once you have that, the guilty party is likely to say, “Okay, okay…”

Dr. Sam Christian is a syndicated columnist focus on health-related development issues. He can be reached at his Urgent care office at 767 440-9133 or clicking on http://urgentcareda.weebly.com/