President of the Dominica Association Industry and Commerce Kenny Green believes there is a need for a Migrant Policy in Dominica.

He made that statement while delivering remarks during the ‘Eggs & Issues Breakfast’ on Migration and Economic Development: The Dominica Perspective held at the Prevo Cinemall on Wednesday.

“The truth is, though, we need migrant policy. We have not seen any inward migration policy that caters for our weaknesses that caters to some of the threats that exist and to look at the opportunities,” he said.

According to Green, the economic impact of migrants is seen in the level of contribution to the country.

He said despite the common belief that Dominica is flooded with migrants, it is of great value.

“If you look at the amount of consumption in larger Caribbean islands where there is a larger grouping of migrants or immigrants…and you look at it within context to countries like Dominica where you have [fewer ] migrants, then you will see the value of having migrants within our communities,” he added.

According to Green, the number of people who live in Dominica and those who migrate from the country will have a serious impact on the economy. 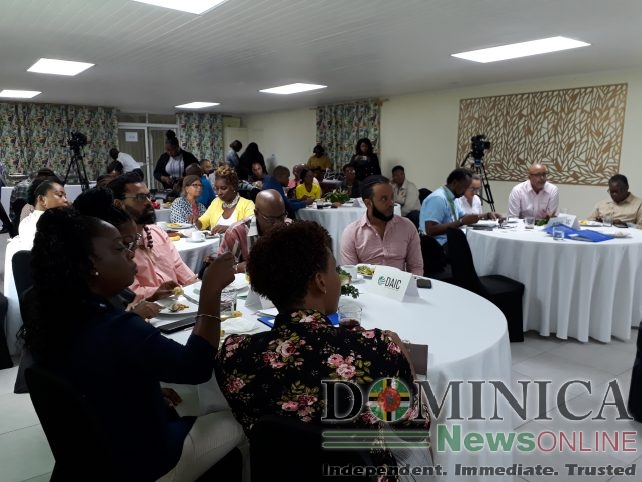