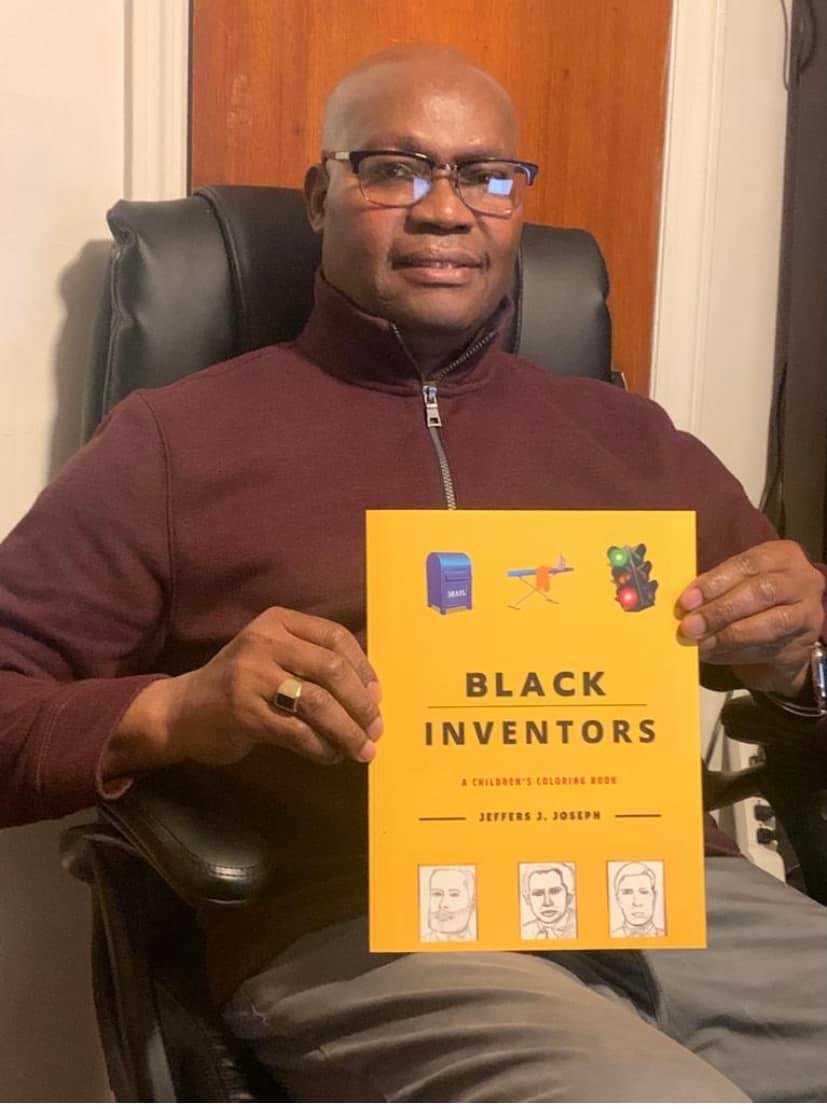 Jeffers Joseph a native of Wesley, has published his 4th book, but this time he decided to cater to the little minds. His children’s coloring book called ‘Black Inventors’ aims to offer kids the enjoyment of applying colour to drawings of past and present black inventors.

He told Dominica News Online (DNO) during an interview that his plan was to have the book completed in time for Black History Month.

Joseph believes that his latest edition will be a good historical book for the younger kids.

“They can engage or anyone can engage by applying colour to the drawings that I did and learn at the same time. They can enjoy the excitement of having fun while they learn,” he said.

Some of the black inventors who form part of the book include; Marie Van Brittan Brown who invented the first home security system, Elijah Mccoy who invented an oil lubricating cup that distributed oil evenly over engine’s moving parts, Madam C.J Walker who invented the world’s first hair-straightening formula and the hot comb, Garette Morgan who created the gas mask among others.

Joseph indicated that he also wants Dominica to benefit from this book.

“Because as you can see it is a very informative book, it’s good for our young kids to teach them about our history and to inform them of the contributions that blacks have made over the years,” he stated.

He advises individuals who want to pursue a career in writing to follow their dreams.

“You also have to love the subject matter and once you are passionate about the subject matter, go for it,” Joseph advised. “Of course, you need some ability to write, that is also important, but the most important thing is to follow your dreams, be determined, be patient and everything will follow from here.”

‘Black Inventors’ is not available in Dominica just yet but the author plans to have them available at the local book stores.

The book can be purchased on amazon.com or jeffartsandbooks.com for US$19.99.

Joseph, who is a graduate of Baruch College in New York, has been living in the US for over 35 years.

He started his career in accounting, however working for approximately 20 years in the corporate world he decided to branch out on his own to work as an entrepreneur.

Joseph is also involved in real estate, as a ‘Real Estate Broker’.

He wrote his first book in 2012, ‘Money Misery and Murder’ which was inspired by a murder case in Arizona.

Over the years he also published ‘Friends with Deficits’,  ‘Democracy’s Hypocrisies’ and his next release ‘Their Lives Mattered’ is soon to follow.