Phillip ,who now resides in New York, told Dominica News Online (DNO) during an interview on Friday that the book is based on a true story.

“The book is based on Sammy, a child I babysat some years ago,” she said. Phillip said 100 copies were printed as a trial and have already almost sold out.

“It sold out well, everybody loved it,”. Adding, “I have been selling them to family and friends and right now I only have 10 remaining.” 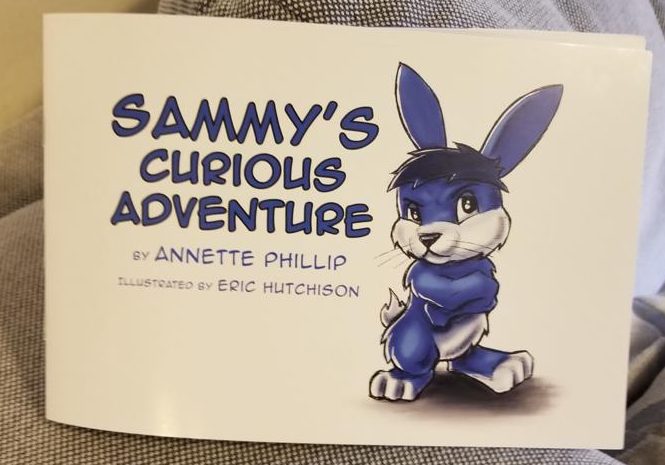 According to Phillip she plans to visit the libraries to arrange to have her books available there, “and also in the bookstores.”

“One of them signed me up already, Greenlight Bookstore, “I also want to do book signings, I have a few places that offered to use their business place in order to get a wider audience,” she said.

Phillip revealed that part 2 and 3 of her book will be available at a later time. She is also seeking a distributor here in Dominica to assist in selling her books.

“I would love to get them involved,” she stated. “It’s a children’s book.” If that is made possible the books will be sold at the available bookstores in Dominica for EC$15.

Copies of her book can be purchased from her website www.sammythebunny.com. They are available in PDF at the cost of US$5 and US$10 for the printed copy.

She is also working on making her books available on Amazon. She mentioned that after the book sales the money earned will be used to print larger copies of her book.

Annette is presently working on a poetry book. Phillip was born and raised in Goodwill. She loved writing poetry and reading as a child. She decided to broaden her talent by writing her first children’s book.

One of her poems appeared in June 2018 in a book called “Fractured Poetics” which is presently selling on Amazon. Another of her poems ‘Her name was Maria,’ was also featured by Island Signatures Magazine out of Barbados.”

She hopes to go on to publish her short stories and in the near future, her string of poems.