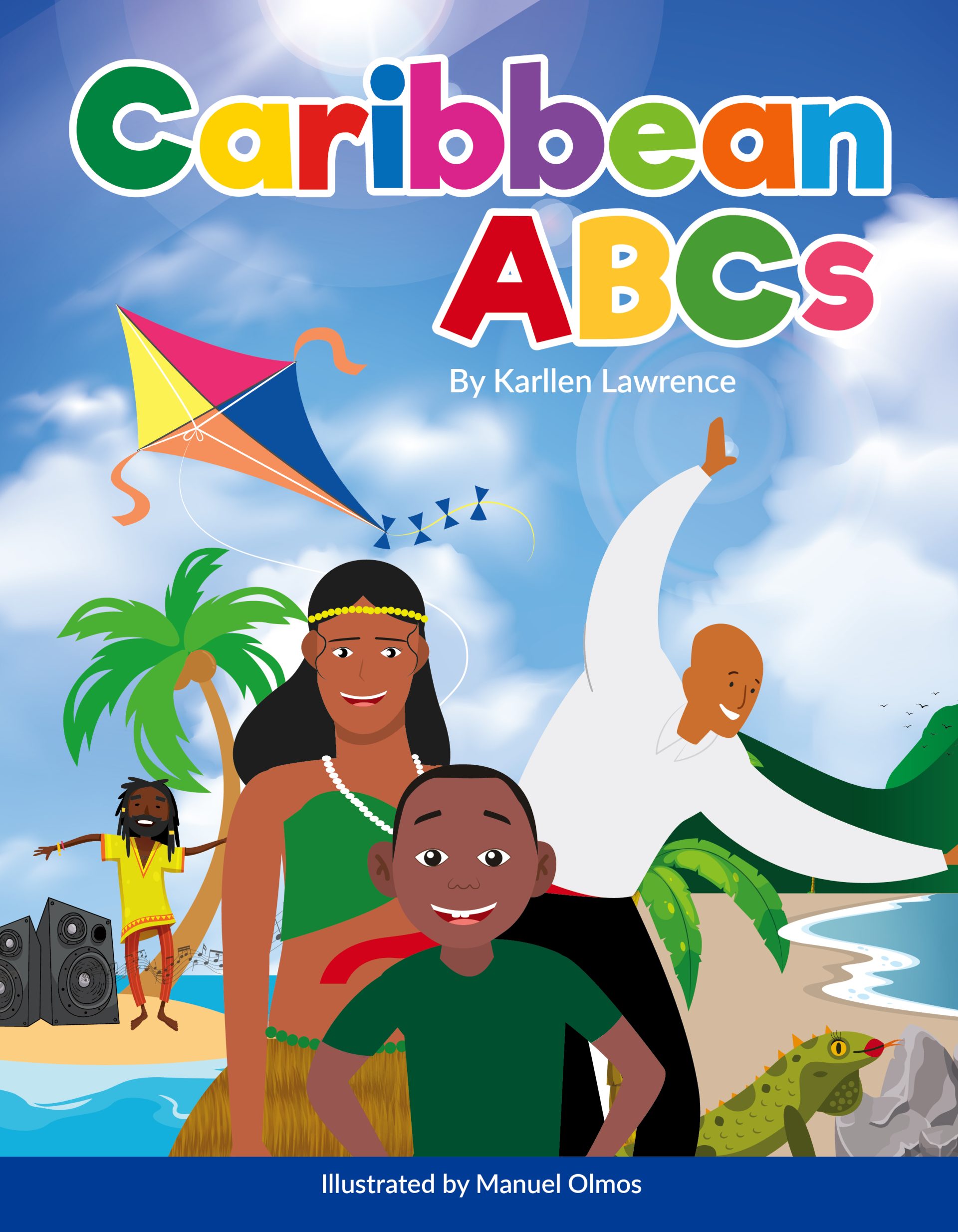 A new Caribbean children’s adventure book has hit the market! Caribbean ABCs showcases the Caribbean through a child’s eyes.

The writer, Karllen Lawrence, hails from Grand Bay and currently resides in New York. Her book is based on her eight-year-old son’s journey throughout the Caribbean using the alphabet to point out some interesting snippets about the countries of the region.

Illustrated by Venezuelan-Dominican youth artist, Manuel Olmos (owner of ZOVA, a marketing and communication company; and son of the popular photographer and graphics designer, Zaimis Olmos), Caribbean ABCs captures the true spirit of this young traveler, and various aspects of Caribbean culture, life and history.

Karllen indicates that some parts of the book depict places in the Caribbean that her son has actually visited, as well as some other places and events that she would one day hope for him (and readers) to experience, or understand about the Caribbean. She notes that the book includes not just the more well-known facts about the Caribbean but also other bits of information that make the region unique. The targeted age for the book is 5 to 12-year-olds but is suitable for an even wider range of kids who love adventure and for families who love reading to smaller kids.

Karllen says the feedback on her first book has been really encouraging! She attended a pop-up market specifically targeting Caribbean diaspora in New York city in December 2021 and the book was well received by people from all the different Caribbean countries.

The book is currently available at Jay’s Bookstore in Roseau, Dominica.  It is also available in Antigua at the Best of Books Bookstore in St. John’s. There are plans to have copies available in bookstores in Barbados in February and Jamaica by May.

“My hope is that Caribbean ABCs can be available in most Caribbean countries as well as to the Caribbean diaspora in different areas. However, the books are not just for Caribbean people – it is also intended for other children around the world to learn about our Caribbean life!” Karllen stated.

The book is also available online at Amazon (prime) at https://www.amazon.com/dp/B09KF5VRL5 or at www.caribbean-abc.com