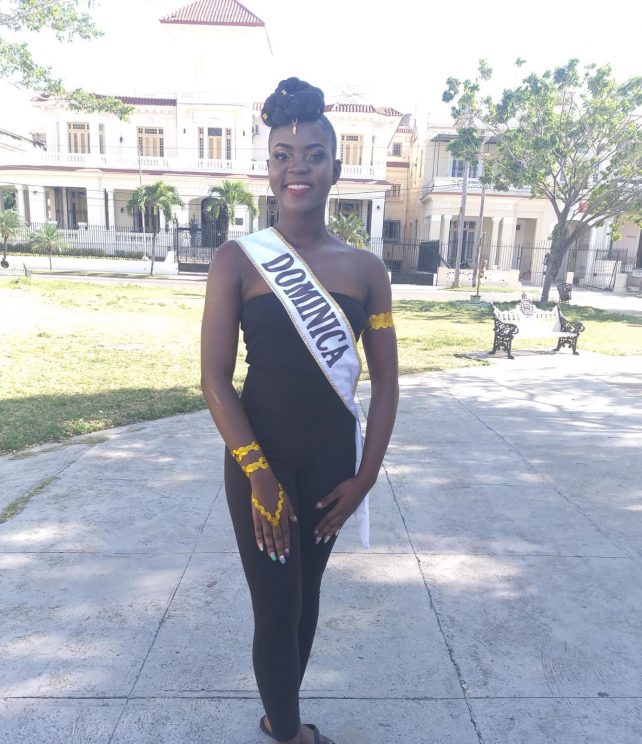 Dominican Donna Liverpool will be representing her country in this year’s Miss Caribe pageant in Cuba.

The 20-year old, hails from the cultural capital of Grand Bay and is currently a first year, Pre-med student in Latin American School of Medicine, Cuba.

Miss Caribe is a small annual pageant where young women represent their countries under a theme related to the diverse cultural aspect of the Caribbean Region.

During an exclusive interview with Dominica News Online, Liverpool said when she first gained knowledge about the show, she was a bit nervous but eventually signed up nonetheless.

“Overtime I got more interested in it and I decided that the opportunity will most likely not ever come again and it’s time to get out of my shell and gain new experiences,” she said.

This year six contestants will be participating in the show under the theme “Embracing the Goddess Within.”

And in accordance to the theme, Liverpool choose the Goddess “Flora” which represents flowers and springtime.

“I love nature and Dominica is known as the nature isle, so what better way to represent Dominica than by being Flora,” she noted.

Overall, she stated that the experience has been amazing and one that has given her “a lot of self-confidence” adding that “things I never thought that I would be able to do before I’m doing them now.”

She said although the journey has been stressful and overwhelming, she encouraged many persons to take part in pageantry because according to her, it is worth it.

The show is scheduled to take place on Saturday night, 15th February, 2020 in Teatro Americana in Havana, Cuba.

In 2017, Miss Kaele Benjamin who was also a Dominican National participated and won the crown under a theme ‘Our Culture. Our Heritage’. 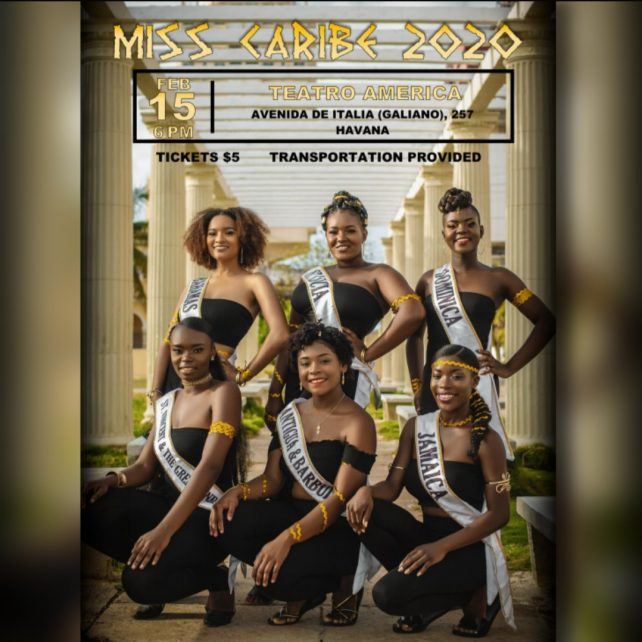 Below is a link to vote for Ms. Liverpool as the ‘People’s Choice’ where an award will be given to the winner on the night of the show; voting ends at 7:00pm.