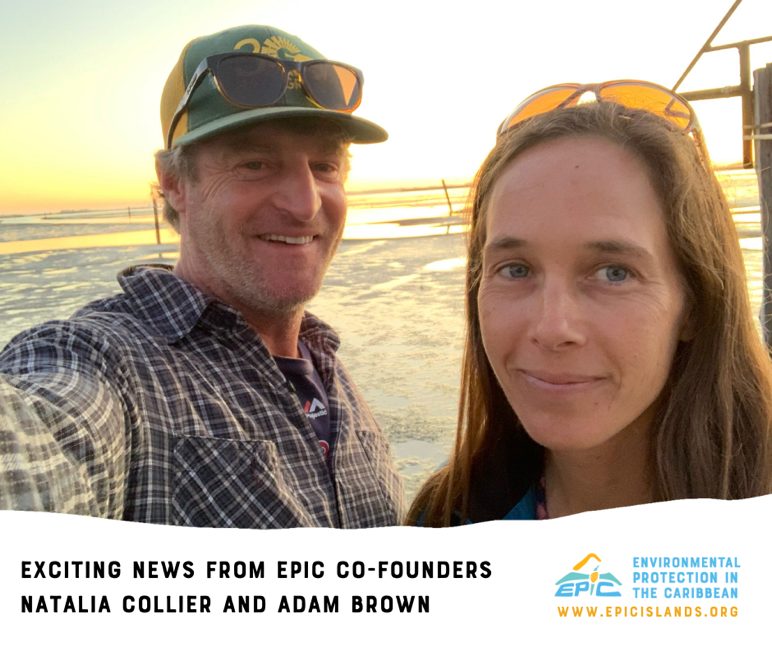 This week, Environmental Protection in the Caribbean (EPIC) has launched its new website and logo.  “The update of the logo and website reflect the immense growth of our organization over the past decade. Our logo reflects our connection with the land, sea, and people. The new website tells the story of the relationships EPIC has with Caribbean communities,” says Adam Brown, co-founder of EPIC and Program Director for the Black-capped Petrel program.

EPIC made its debut more than 20 years ago with the non-profit mission of protecting the Caribbean through research and community-based actions. Thanks to the hard work and dedication of hundreds of partners across the world, EPIC has been able to accomplish remarkable and significant work. Efforts included numerous research projects resulting in more than 100 publications, restored habitats, designation of Important Bird Areas, eco-friendly legislation, and education reaching more than 25,000 residents in the region.

Every island where EPIC has worked, including Dominica, is featured on the new website. EPIC’s work in Dominica has focused on protection of the endangered Black-capped Petrel seabird. EPIC currently works with Dominican scientists as part of the International Black-capped Petrel Working Group and has directly supported expeditions in 2015 and 2020 to locate nesting areas. EPIC also conducted seabird research on Dominica and the data was included in the Seabird Breeding Atlas of the Lesser Antilles and used to identify critical breeding and nesting areas.

The new website also focuses on educating the world about the Caribbean region.

“I hope people will learn about the Caribbean and come to see it as an international treasure, a region of immense ecological significance, and far more than a vacation playground.” says Tabitha Stadler, Executive Director of EPIC.

The new website and logo can be found at www.epicislands.org.

Click here to read a more detailed article about the origin of EPIC.