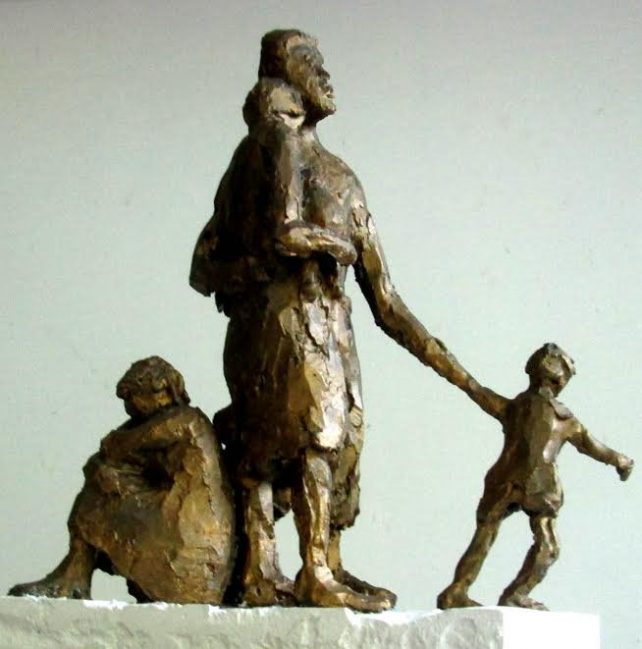 A year ago Baroness Scotland launched the establishment of a Dominica Disaster Resource Center and a Building Back Better Expo that she predicted, would do extraordinary things. As the announcement was made on April Fools Day and nothing has happened since, perhaps it was meant to be taken with a pinch of salt.

This is regrettable, not so much for the no-show of a grand event to attract consultants from outside, but for the lost opportunity to harness our own potential from within. In particular it could have given those displaced by the storm a means of having a say in their future. Handing down prescribed solutions from above, rather than involving every man, woman and child at grass root level, has been a major flaw in the attempt to “Build Back Better”.

DNO readers may remember my commentaries on this subject under the titles: Culture Made Visible; Building Back Differently; Re-locating a Rural Community to a Town Setting and Enabling a Built Environment.

In essence my suggestions are nothing new, for it is how your grandparents would have built back a hundred years ago. They relied on Dominica’s abundance of natural resources. In contributing their labour, they expended more sweat but experienced less stress. Human nature is remarkably resilient: within every man, woman and child there is a basic need to begin building back as soon as the dust has settled: not to sit around waiting.

The fact that earlier generations worked with picks, shovels and wheelbarrows meant that they thought twice before excavating tons of earth. They had a better understanding of the nature of our land and were better skilled at a practical level. The indiscriminate use of today’s backhoe does more harm than good.

In the 1920’s a bridge was built at Macoucherie by local labour and, for the most part, with local materials. That bridge withstood the wrath of Erica and still stands where more recent bridges have failed. Without it there would now be no through vehicular route along the west coast. This begs the question: have we truly advanced?

I doubt that your grandparents would have declared Petite Savanne beyond recall. Rebuilding need not necessarily mean total relocation. True enough, some land will always remain untenable but other areas remain firm. An assessment has to be made to differentiate between the two. Moreover, land on the boarder-line needs to be stabilised. The planting of bamboo (a potential cash crop) and other fast growing soil-holding species should have begun over a year ago.

Last year the Prime Minister met with the people from Petite Savanne and deemed their village no longer safe. He is quoted as saying: The idea of this continuous debate of whether we should bring you back to Petite Savanne or not; c’mon; we don’t have to get an expert to tell us that the place is unsafe.* With respect, I firmly believe that the debate for some degree of re-settlement should be kept on the agenda.

On the other hand, I agree that retaining walls are no protection against the wrath of a storm like Erika. A sounder line of defense is better land management and an allowance for rivers to maintain their natural course. The construction of paved roads without sufficient attention to drainage is another destabilising factor.

I can well understand the frustration that prompted a DNO reader to write: I just can’t wait to be back with my own people. But a village is more than just people. It is the individuality of places that determines the individuality of ourselves. All too often the completed project on the ground has no resemblance to the artist’s pie-in-the-sky impression.

Links to the cited DNO Commentaries are as follows:

COMMENTARY: Relocating a rural community to a town setting

The illustration shows the 1/12th scale maquette of Roger Burnett’s sculpture that commemorates the families displaced in Tropical Storm Erica. The figures represent the conflict of emotions experienced in being torn from the past:

Father with arm around his wife leading the family to the future.

Mother with babe in arms and head resting on her husband’s shoulder.

Grandmother sat with possessions looking back to what they are leaving behind.