The following photos were taken by the Nature Island Beauty team to showcase the natural allure of Dominica. The images showcase the recently renovated Peebles Park. 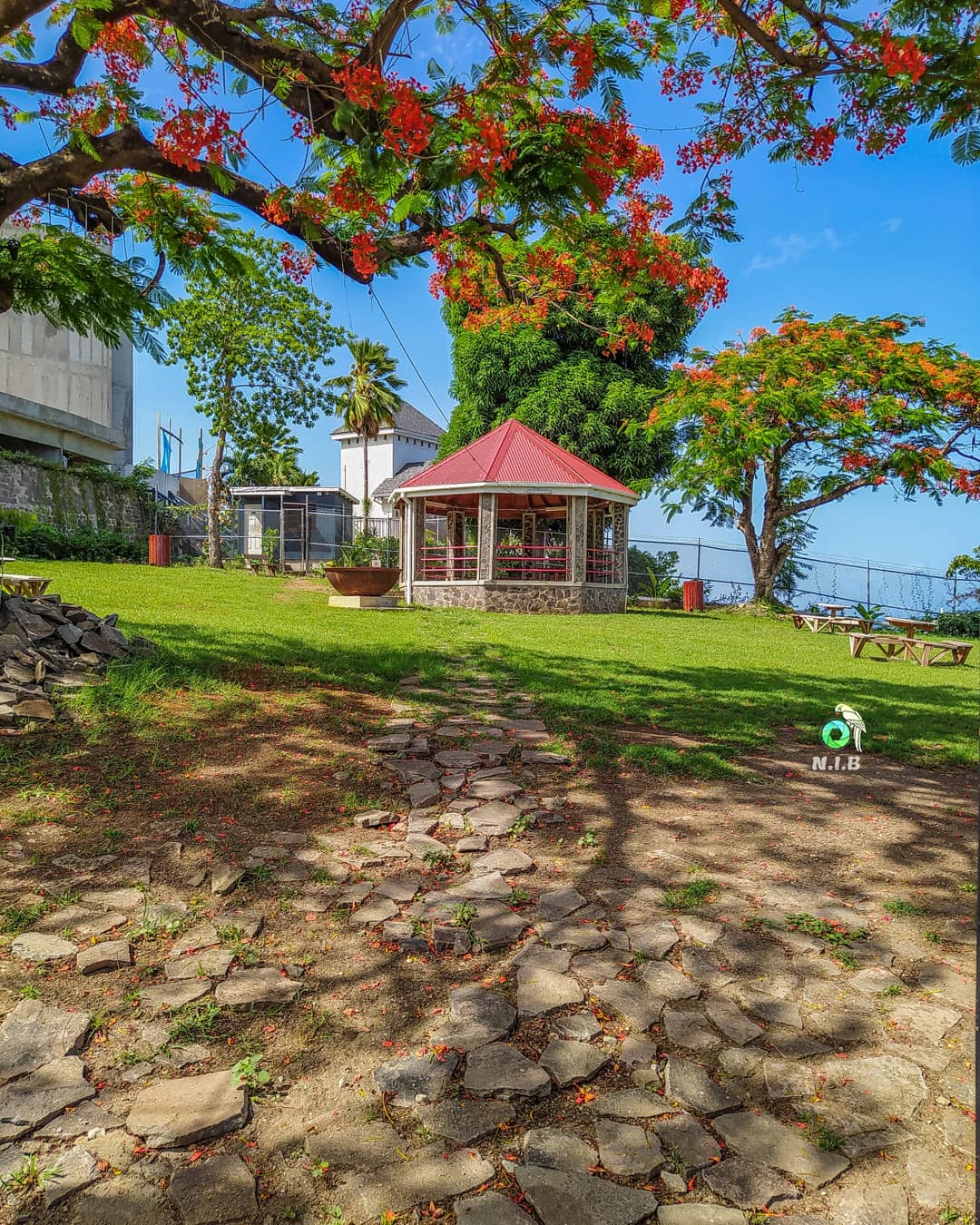 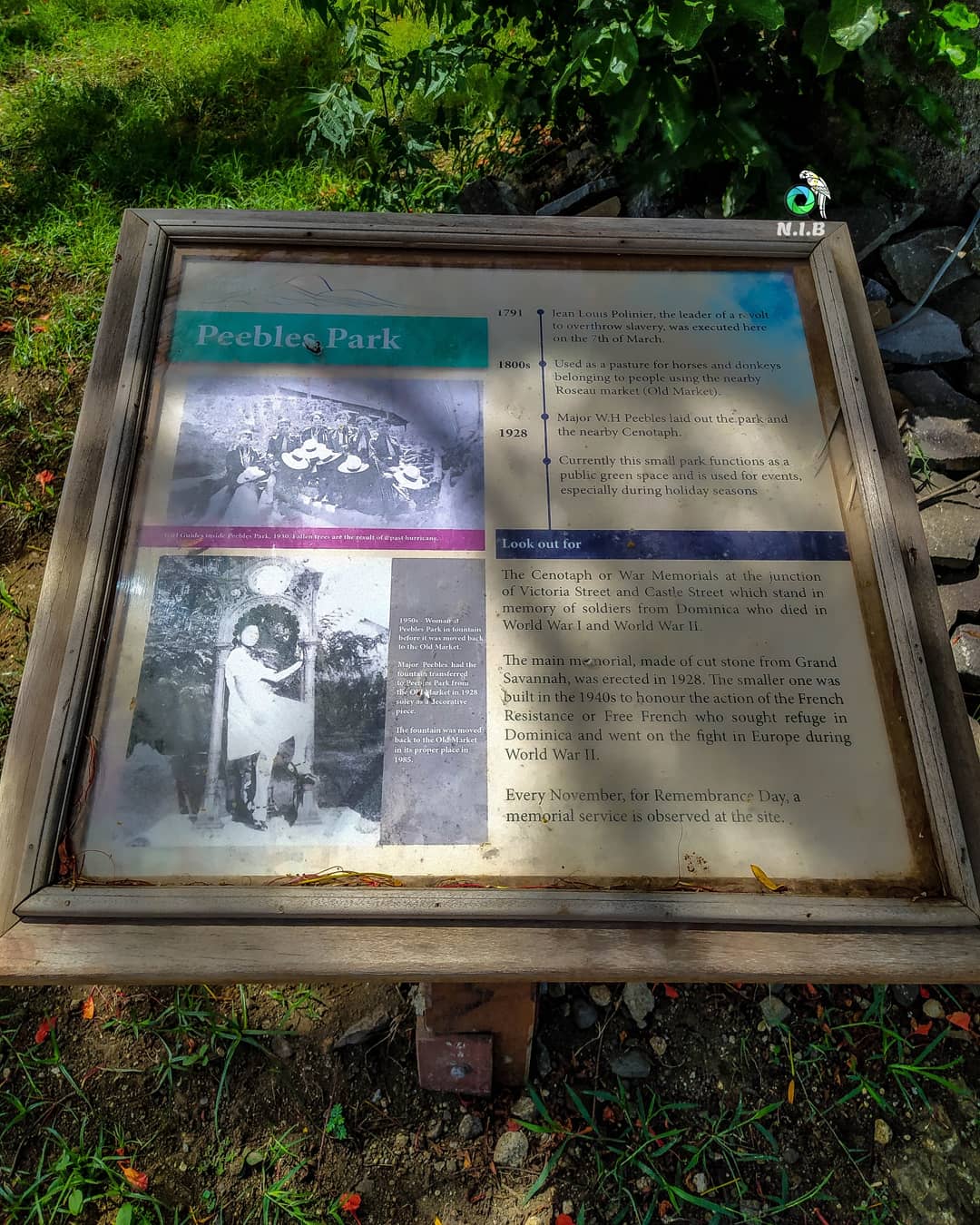 Peebles Park is named after Major W.H.Peebles who served as Chief of Police and occasionally, Acting Administrator of Dominica, during the 1920s. He was a very active officer who initiated a number of beautification schemes for the island. He was one of the first to appreciate the importance of the Cabrits as a historic site and organized teams of prisoners to do their ‘hard labour’ maintaining the site.

Similarly, he had them clean the abandoned pasture below Fort Young to create the small park named after him. This spot was used to tether donkeys that belonged to market vendors for transporting their produce to the Old Roseau Market. During the maroon wars of the 18th century this was the site where a platform was erected for the execution of revolutionary leader, Jean Louis Polinaire, on 7 March 1791, before hundreds of spectators.

Over a hundred years later, Peebles had the pasture cleaned up and planted with ornamental bushes and flowering trees. He got the old cast iron fountain in the market brought up into the park as a decorative piece. This was returned to the market in 1985 when the Old Market was being restored.

In 1928 he organized that the remains of the open pasture across the road should be fenced off and a war memorial erected to the memory of those Dominicans and residents who had died in the First World War 1914-1918. He got the pink volcanic stones cut at Salisbury (Baoui) on the west coast and shipped up to Roseau to construct the cenotaph.

In the late 1950s, Chief Minister, Franklyn Baron, had the idea of building a band stand in the centre of Peebles Park. This was constructed to provide a place for open air concerts mainly performed by the Music Lovers Government Band. It was recently repaired when the park was restored in 2019.

After his stint in Dominica, Peebles went on to serve in senior positions elsewhere in the Leeward Islands. The main hospital in Tortola, British Virgin Islands, is named after him. He retired to Barbados, where he died in 1955 and is buried in the military cemetery there.