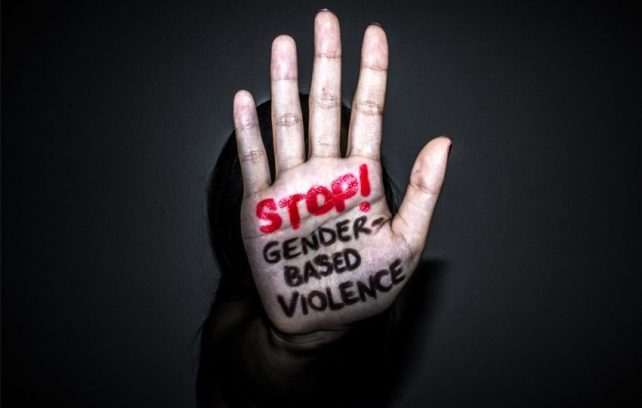 Today I decided to contribute towards breaking the silence by telling my story. Two years ago I was held at gun point by a male ‘friend’ who is a police officer employed in the commonwealth of Dominica police force.  The exact reasons for me being held at gun point are unclear but I am assuming that it was caused by my refusal to be in a formal relationship with him.

I stayed in shock for a few days after the incident. I was uncertain about the right way to deal with it. I was also pressured indirectly by the psychologist, and directly by family of the police officer, to refrain from reporting the matter to the police authority, as the police officer was deemed to be unstable mentally and had attempted self-harm on at least one previous occasion.

Today as I feel more confident to talk about it, I will admit that this wasn’t an excuse to withhold my report from the police but at that particular time, I felt that the trauma was something that I could get over quickly. Therefore, I decided to keep silent.

My silence wasn’t without negative consequence; it contributed to a drastic change in my life. I am now suffering from post-traumatic stress disorder.  I live my life in box, meaning that I spend most of my time at home as I am often contemplating that someone out there may hold me at gun point again or even kill me. I live my life in fear.

Silence is never a solution. Instead, women and girls should use their voices on any platform to liberate themselves and to also help end gender based violence. In my case, I was held at gun point by a police officer with a service firearm, but in another woman’s  or girl’s case, it could be rape, torture, mental or physical imprisonment, sexual harassment or discriminated against by a husband, father, uncle, neighbour, teacher and the list is not exhausted.

If you decide to take anything from this letter, I hope that you note that there is never a deadline to tell your story or to report the matter to the police, Women’s Bureau (Gender Affairs) and Social Welfare Department. I also hope that you remember that I broke my silence in order to open a pathway for persons like me and many other women and girls with similar stories to speak up and contribute towards the ongoing campaign to end Gender-Based violence.