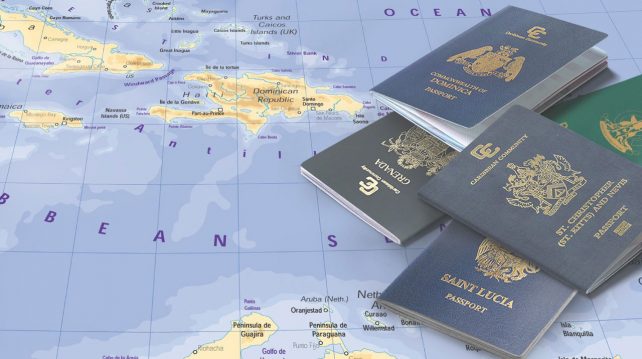 Antigua and Barbuda’s Prime Minister, Gaston Browne, is accusing the United States of America of trying to “kill” the Citizenship by Investment Programs (CIP) in the Caribbean.

Browne said to listeners on his weekly radio program Saturday gone, that “It seems as though they don’t want us to operate the CIP so they want to kill it”

“They attacked St Kitts and Dominica too. And they do that so often I don’t even know what to say. But anytime they kill it, countries like Dominica and St Kitts, their economies will be decimated and they will plunge tens of thousands of people e in poverty and then you end up with so many social ills,” said

His comment comes on the heels of a report last week, where the US government cited the CIP in three Caribbean countries for “lack of transparency”.

In the ‘Corruption and Lack of Transparency in Government,’ section, the 2020 report identifies the CIP programs in Antigua & Barbuda, Dominica and St. Kitts & Nevis as citizen concerns on oversight and corruption due to a lack of openness.

In Dominica, the US report pointed to local media and opposition leadership, who continue to raise allegations of corruption within the government, including in the Citizenship by Investment program and pointed to the fact that while the law provides criminal penalties for corruption by officials … the government implemented the law inconsistently.”

And in St. Kitts & Nevis, the US report pointed to media and private citizens reporting on government corruption “occasionally” even as citizens “expressed concern about the lack of financial oversight of revenues generated by the Citizenship by Investment (CBI) program.”

Browne said instead of using information to disparage these countries, the United States should instead work with these small island developing states.

“Let us work together and strengthen the relations with the United States, Dominica, St Kitts…. I mean trying to use this information to disparage us is unhelpful. If it was truthful, I would understand,” he said.

The CIP Programs in the Eastern Caribbean countries have been a source of continued criticism by the US and many nationals locally who question the use of “donation” funds that are part of the attractive offer for a second passport in these jurisdictions and visa free travel to between 152 and 162 countries.

Five Caribbean countries offer the CIP programs but neither Grenada nor St. Lucia were cited for lack of transparency in the report.