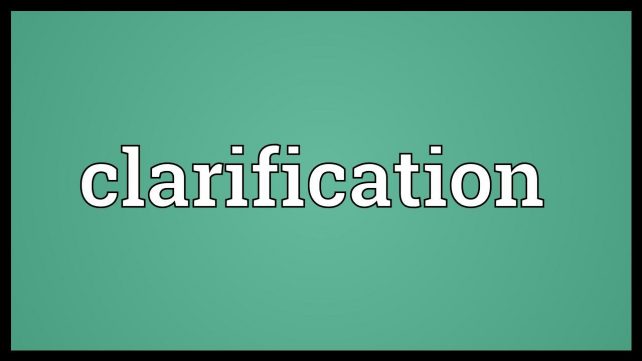 On September 3rd 2019 edition of the Hotseat on Q95, I stated that elements of the funding arrangements for the Cabrits Resort and Spa, Kempinski Dominica under Dominica’s Citizenship by Investment Program provide the outline of an elaborate scheme to cheat and steal.

My comment was about the public interest in leveraging Dominican sovereignty and our citizenship passports,  It was based on sworn statements in a US court by a Dominica Ambassador at the United Nations that two officials of Range, the developers of the Cabrits Resort and Spa, received distributions from the project each in the amount of 30 million US dollars – 81.5 million dollars EC each – a total of 163 million dollars, which I believe to be well over and above what was required to build the hotel.

My statements concerning the CBI Program were in relation to the Range/Kempinski agreements, the government, and the need for accountability, and which statements I stand by completely.  If, however, my statements were interpreted to relate to Mr. Gregor Nassief and his said businesses in the negative manner described above, I do apologize for that and for any effect this may have had on Mr. Nassief and his businesses.