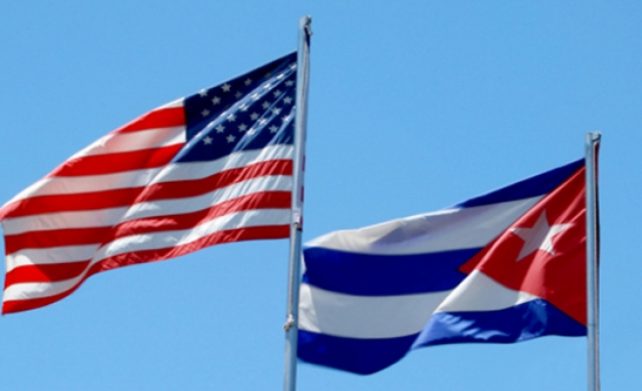 The Government of Dominica has passed a resolution in Parliament calling on the United States of America (USA) to remove the trade embargo against Cuba.

The resolution was tabled by Minister for Foreign Affairs, Dr. Kenneth Darroux, on Monday evening.

The United States embargo against Cuba is a commercial, economic, and financial embargo partially imposed on Cuba in October 1960.  The trade embargo prevents American businesses, and businesses with commercial activities in the United States, from conducting trade with Cuban interests. It was enacted after Cuba nationalized the properties of United States citizens and corporations and it was strengthened to a near-total embargo since February 7, 1962.

“These blockades have done more harm than good to the ordinary citizens by preventing them from enjoying their basic human rights and dignity,” Dr. Darroux said. “Furthermore, the unilateral action of placing the Republic of Cuba on the list of states sponsored terrorism by the USA has increased the country’s difficulties in entering trade and carrying out financial operations which we view as counterproductive and has exacerbated the plight of the Cuban citizenry on the brink of basic human survival.”

He continued, “Be it resolved that this honourable house, 1. In the recognition of the alienable human rights of the citizens of Cuba, call for the cessation of the economic, commercial and financial blockage imposed by the USA against Cuba and recommend that in the interest of brotherhood that the initiative started by the Obama-Biden administration be rekindled. 2. In the spirit of encouraging regional and international cooperation, we strongly condemn the policy actions taken by the USA and recommend that Cuba be removed from the list of state sponsored terrorism.”

“To impose a 6 decade blockade on Cuba is very unjust and it will be remiss of me not to support that motion,” Lugay remarked.

He said he hopes that with the change of administration in the US under the leadership of President Joe Biden, “good sense can prevail.”

According to Lugay, Dominica has the responsibility on the behalf of Cuba given the decades-old friendship that has existed between the two countries.

“We can recognize that Cuba has been very good to us and as a result of that I am saying that I am in support of the motion to end the almost 6 decade blockade of the United States government on Cuba,” he stated.

Parliamentary Representative for the St Joseph Constituency, Dr. Adis King also pledged her full support to the resolution stating that, “as human beings, we should all stand against this measure which has brought nothing but suffering to the innocent people of Cuba.”

Dr. King said she has witnessed firsthand, the impact of “this heart-wrenching blockade on the economy of Cuba.

“It is evident that as you travel around this island, you can see how this country called Cuba was once a vibrant country with a vibrant economy and now they are so heavily impacted over 6 decades.” she remarked. “We cannot talk about human rights and not talk about the people of the Republic of Cuba; we cannot stand here as a government, as a people, and turn our heads while a Caribbean country struggles. We cannot remain silent and hope that somebody, someday will make a difference.”