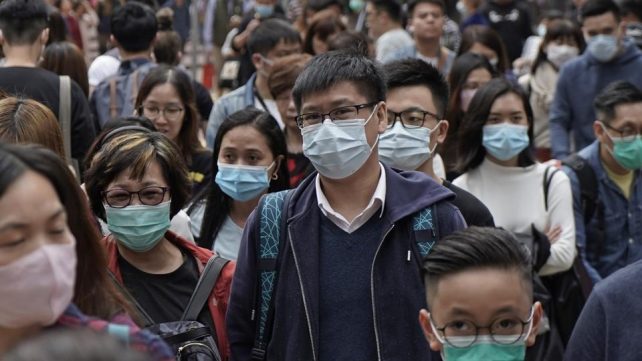 The government of Dominica will donate 10,000 face masks to the People’s Republic of China (PRC) to assist in the fight against the deadly novel coronavirus that has already killed over 900 people and affected over 42,000.

Prime Minister Roosevelt Skerrit told parliament that the decision is one of gratitude and concern to the people of China.

The donation he said will be made through Dominica’s embassy in Beijing.

“We say to our steadfast friends, the People’s Republic of China that Dominica stands at your side in this hour of grave difficulty to your nation,” he said.

Prime Minister Skerrit also called on all nations to work diligently with the PRC as it combats this Coronavirus.”

“The government of Dominica wishes to say to all nations that this is not the time for nations to take decisions in an effort to isolate the People’s Republic of China,” he stated.

According to recent reports from BBC News, there are now more than 42,200 confirmed cases of the Coronavirus across China. The number of deaths has overtaken that of the Sars epidemic in 2003.

On Monday, some 103 died in Hubei province alone, a daily record, and the national death toll is now 1,016.

The symptoms may be that of the flu and include runny nose, cough, sore throat and fever.

Some cases develop into pneumonia or severe acute respiratory infections.

At this time, it’s unclear how easily or sustainably this virus is spreading between people.