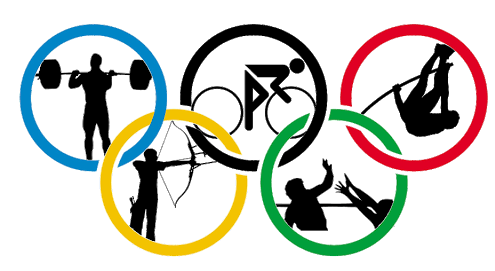 Dominicans athletes will soon have the opportunity to train at an Olympic certified facility in Guadeloupe. Through the joint efforts of Ezra Winston, Leroy “Wadix” Charles, the Coreca and Mrs. Ericka Merion, president of the Creps (Regional Center for Physical and Educational sports), Guadeloupe. The project is still in its initial stages but is part of the group’s efforts to foster regional cooperation.

Just over a month ago the Creps Guadeloupe became an Olympic accredited facility after it met the criteria of the International Olympic Committee. There are only two other such facilities in the Caribbean, one in Puerto Rico and the other in the Dominican Republic. This means it can now host teams preparing for the Olympics and or any other international sporting event. The facility is able to accommodate a variety of disciplines like track and field, swimming, basketball, table tennis, football, fencing, judo among others.

The entire French Athletic Olympic squad (France) will be the first to use this facility during a scheduled retreat in 2021. Already this week the French hurdle squad arrived in Guadeloupe for a month-long training session to prepare for the Tokyo Olympics. Although the Creps is located in a French territory the directors are planning to host other international delegations. This will eventually improve the competiveness and reputation of the Creps Guadeloupe. With such a facility, we may soon see more French Caribbean athletes on the international arena in the next few years. Fortunately, Dominican athletes will have the same opportunity to travel to Guadeloupe to train and gain experience through this agreement. They will be lodging and training at the facility and also benefit from the assistance of international coaches.

The next steps in this Olympic endeavor is setting up initial contact between relevant parties.  A formal request from the Dominica Olympic committee outlining their needs and expectations. This, of course, would be subject to borders reopening after an ease from covid-19. In the absence of such facility Guadeloupe and Martinique have already produced Olympic stars like Marie-Jose Perrec and Christine Aaron among others. We do hope Dominica can do same in the future.

This initiative is the brainchild of Ezra Winston. Whose personal objective is to seek the best opportunities for his country, Dominica. “Opportunities like these exist for Regional cooperation between Guadeloupe and its neighbors but its left to Dominicans to take advantage of the offers”, states Mr. Winston. “Along with Mr. Wadix Charles we have always been looking for avenues to foster closer ties with the Creole world. Projects like these creates a bond and help us in achieving our common goal”, he added. “I really hope we will embrace the opportunity and pursue our dreams. Empower our youth and give them a sense of purpose”, Winston states.

Coreca is no stranger to Dominica having undertaken several projects on the island. Notably the repairs to the Delices and Soufriere schools after tropical storm Erika along with the Morne Jaune and Clifton schools after Hurricane Maria. The Coreca was also instrumental in securing five (5) scholarships for Dominican students to study tourism at the Tourism and Hospitality school in Guadeloupe. Sad to say, relevant authorities in Dominica did not capitalize on this important opportunity.

Leroy Wadix Charles and sa kai malade karaibe the Dominica representative for this prestigious project, will coordinate with the Dominica Olympic committee to pilot this once in a lifetime opportunity.

It is hoped that a formal working plan outlining needs and expectations will be formulated.

According to Lou Holtz, “After all is said and done, more needs to be done than said”.