The launch was held on Friday 28th February, at Alliance Francaise, in front of a large and supportive audience.

Guabancex explores the complex mix of experiences and emotions invoked both during and after the passing of Hurricane Maria. The poet read from her collection, which included an extract from the inspiring nine-page-long poem, Hurricane PraXis (Xorcising Maria Xperience), while her brother, Mike Sorhaindo, who lives in the UK, provided a musical interlude.

The collection is named in recognition of the ancient indigenous peoples of the Caribbean. One of these groups, the Taino, named the supreme female spiritual entity associated with all-natural destructive forces, Guabancex.

The book is published by Papillote Press, based in Dominica and London. Publisher Polly Pattullo, said: “I am delighted to be publishing this powerful collection. Celia has always contributed to Dominica’s creative spirit with modesty and generosity. Now, with her poetry, she has found a new way of enriching Dominica’s cultural life. These are brave poems that will speak to anyone whose lives were – and continue to be – affected by Maria.”

“Hurricane Maria was a very traumatic time,’ said Sorhaindo, “not just for those of us here in Dominica when it hit, but for those overseas who had family and friends living through it. We saw the worst side of nature, and the best and worst sides of human nature and went through incredible mental and physical challenges. Even though there has been amazing recovery, things have not just returned to “business as usual”. For me, writing the poems for this pamphlet was a therapeutic exercise, a way of trying to make sense of, work through and process all that happened and explore some of the varied experiences and differing points of view. Poetry is an incredibly potent literary form and I believe writing and reading poetry can be radically transformational acts.”

There has already been critical praise for Guabancex. John Robert Lee, the Saint

Lucian poet, describes Celia Sorhaindo as offering: “A new voice that speaks with sensitivity, maturity and assurance out of a horrendous experience. The final poem Hurricane PraXis (Xorcising Maria Xperience) is a tour de force.”

Celia A Sorhaindo was born in Dominica. She left when she was eight, lived for many years in the UK and returned home in 2005. Her poems have been published in Caribbean journals and in the anthology, New Daughters of Africa. She is a fellow of the Cropper Foundation Creative Writers Workshop and the Callaloo Creative Writing Workshop. She has been long-listed for the UK National Poetry competition. This is her first published collection.

Guabancex can be bought for $25 in Roseau at Jay’s Bookstore, Meeting Point (under Petit Paris), Kai-K boutique and Zeb Kweole in the Old Market. Or direct from the publisher: info@papillotepress.co.uk 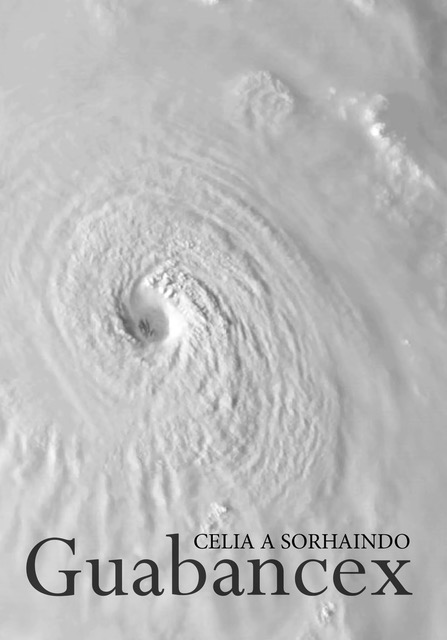