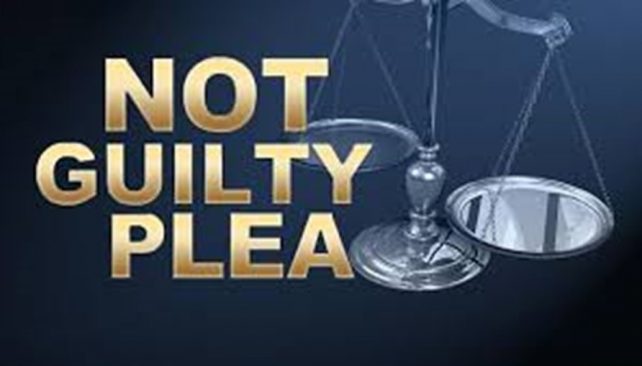 Four men indicted for murder have pleaded not guilty to the charges at the High court arraignment on May 7, 2021.

Emmanuel Mannie Azille of Cottage was the first to enter a not guilty plea.

Azile stands charged with the September 30, 2014, murder of 46-year-old Marilyn McLawrence in Portsmouth.

McLawrence’s lifeless body was found in a track near her home in Glanvillia, Portsmouth about 7:30 p.m. on the same day with serious wounds to her head.

Azille, who is represented by attorney-at-law Darius Jones, was further remanded in custody.

Heywood Augustine of Portsmouth also rendered a not guilty plea for the 2018 New Year Day murder of Derrick Peters who was  also from Portsmouth.

Peters’ death from a gunshot in the back of the neck marked Dominica’s first homicide case in  2018.

Augustine is represented by attorney-at-law Dawn Yearwood Stewart and his bail will continue in the sum of $150,000 with two sureties.

The court also reduced his reporting time from three times a week to once weekly.

Meanwhile, two brothers from Eggleston – Jeremiah Gustave and Rendolph Gustave – pleaded not guilty to the murder of Glen Alphonse of the same community.

Alphonse was shot whilst on a passenger bus in Eggleston on July 5, 2017.

The Gustave brothers who are represented by attorney Kondwani Williams were further remanded in custody pending a bail application hearing scheduled for next week.

The matters were adjourned to June 25, 2021, respectively, for case management.