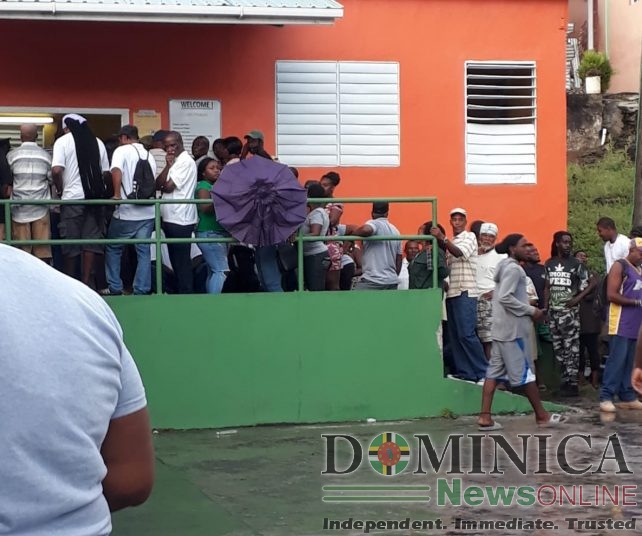 Fond Cole residents are turning out in large numbers to cast ballots for their party of choice; in what can be described as the most-tense elections in recent years.

The polls officially opened at 7 am but residents were seen lining up as early as 5 am.

Issac won the Roseau Central constituency on a UWP ticket in the last general elections but crossed the floor.

The Roseau North seat is currently being held by the UWP candidate, Danny Lugay.