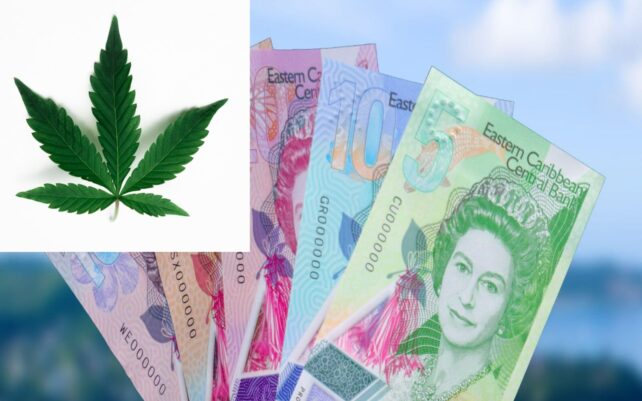 Magistrate Michael Laudat has accepted a $50,000.00 payment offer made by a Grand Bay man to the court following his guilty plea to trafficking $73,000.00 worth of cannabis.

Bernard Fevrier of La Lay Grand Bay appeared before the Roseau Magistrate court charged with trafficking 33,142 grams of cannabis on September 23, 2022, in Mahaut.

According to the facts of the case presented to the court by police prosecutor, Inspector Francis Laville, on the aforementioned date, Police Constable Laurent was on duty at the Drug Squad office when he received certain information.

As a result, he and other members of the Drug Squad unit proceeded on duty to Mahaut via two two police vehicles.

On arrival at a certain area on the E.O. Leblanc Highway in Mahaut, Constable Laurent noticed a gray bus registration number HE451 stuck in traffic.

He stopped the vehicle and asked the driver to switch off his engine. The officer then informed Fevrier that he had reason to believe that he was in possession of illegal drugs and asked to carry out a search of the vehicle which Fevrier agreed to.

While searching the bus, the officer saw that the back seat was folded and there were three bags.

When questioned about the content within the bags Fevrier responded, “Weed that there. I was bringing it Portsmouth to sell.”

He was then arrested on suspicion of drug trafficking and transported to the Police Headquarters. There, the cannabis was weighed and amounted to 33,142 grams. Samples of the finding were then sent to the government analysis for testing which later returned positive for cannabis.

Subsequently the charge of drug trafficking was preferred against the Grand Bay man.

At the court hearing, Magistrate Laudat informed Fevrier that the offense for which he was charged carries a penalty of a fine three times the street value of the drugs or $150,000 – whichever  is greater. He said the law also makes provision for a custodial sentence of seven to fifteen years.

“You are not a first time offender and you have been charged in the past for drug trafficking so tell me why I should not send you to jail or charge you $150,000.00.”

Unrepresented and lost for words, Fevrier told the court, “I think I have to pay the money…give me time to pay.”

The Magistrate accepted the amount offered but granted the defendant just over a year to make the full payment.

In default of any payment, Fevrier will be imprisoned for six months.

The drug was forfeited to the State.