Below are pictures of a DOMLEC transformer which caught fire at Pont Casse a short while ago. Dominica News Online is attempting to reach DOMLEC officials for more details on the incident.

According to the information which DNO received when the photos were sent, a fire truck was on its way to the scene and should have arrived by now.

DNO understands that employees of the telecommunications company, Digicel, went to the scene of the fire morning apparently to check on one of the company’s fibre cables which is located on one of the affected poles.

Our efforts to get more information from both DOMLEC and Digicel have so far not yielded anything. 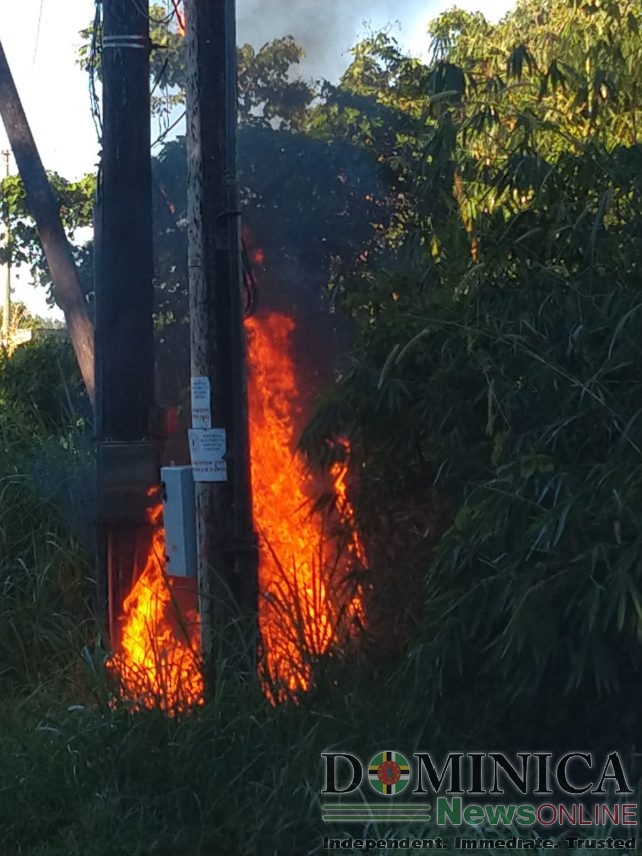 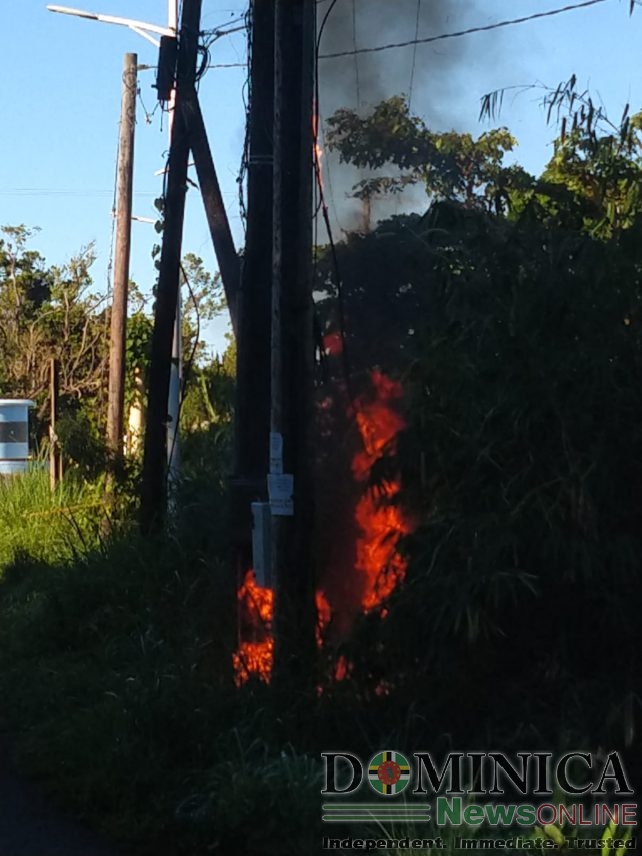