A police officer, arrested and charged on a complaint of sex-related allegations is now on $30,000.00 bail following his appearance in court.

The accused appeared before the Roseau Magistrate court on May 16, 2022, charged with three sex-related offenses against a young adult woman. The charges were read to him but he was not required to enter a plea since the matter is an indictable offense that is expected to be tried in the High Court of Justice before a Judge and jury.

At the court hearing, his attorneys David Bruney and Wayne Norde, made a bail application which was granted by Magistrate Michael Laudat in the sum of $30,000.00 with certain bail conditions attached.

The accused is to report to the Roseau Police Station twice weekly and must surrender all his travel documents to the court. His bail condition further requires him to seek permission from the court 72 hours in advance, if he is to travel. He has also been ordered not to interfere with any of the witnesses in the case.

The matter has been adjourned to September 20, 2022, for Preliminary Inquiry (PI) to determine if there is enough evidence for it to be tried at the High Court.

In keeping with the section 38 of Dominica’s Sexual Offences Act of 1998, DNO is not at liberty to disclose the name of the accused unless he is convicted at the High Court of Justice for the alleged offense.

The relevant legislation is posted` below. 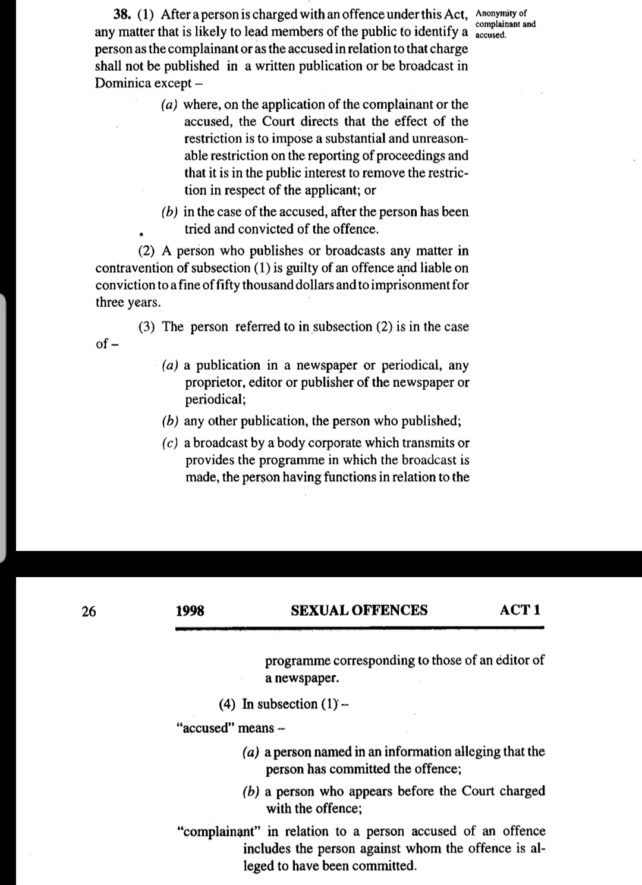