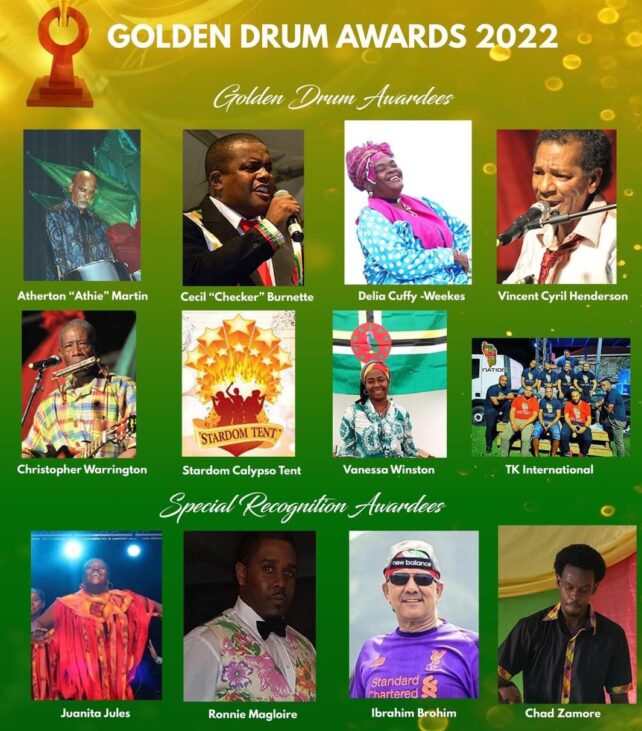 Six individuals and two groups will, tomorrow August 6, 2022, receive the Golden Award, Dominica’s highest cultural award when the National Cultural Council, in collaboration with the Cultural Division and Ministry of Sports Culture and Community Development, hosts the event virtually.

“We believe in giving flowers while people are alive but it doesn’t mean that we forget them as soon as they’re gone. So, we will also be giving posthumous awards in honor of the contributions of the late Jacinta David as well as Earl Etienne,” Chief cultural officer, Earlson Matthew stated in a press statement.

The Chief Cultural Officer said there will also be some “very interesting” guest performances “as we re-enter the live in-person world of show production and try to maintain the level that we [aim] for virtually.

“I want to urge the general public to listen and view, live on various media platforms,” Matthew stated.

The 2022 Golden Drum Awards will be virtually on Saturday August 6, from 8 p.m.