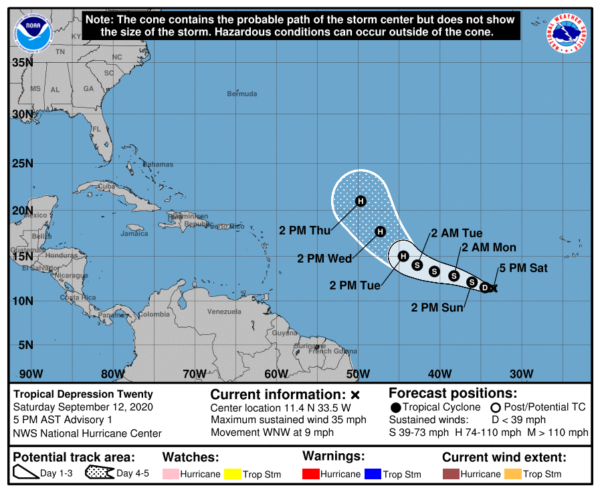 Meanwhile, the tropical wave being monitored in the Eastern Atlantic became Tropical Depression #20 yesterday. Based on current projected track, this system is not expected to pose a direct threat to Dominica. However, residents should keep updated on its progress.

Moderate seas are expected today with swells up to 7.0ft continuing to affect the surf zone along the eastern coastlines. A Small Craft Advisory is in effect. Small craft operators and sea bathers, particularly on the east coast, should exercise caution.