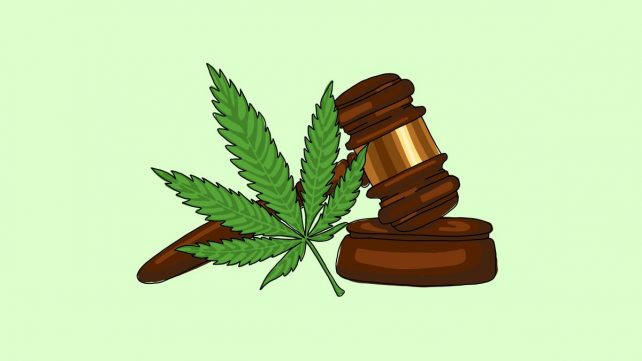 A female adult is now on bail awaiting her turn in court to answer charges of alleged importation of drugs.

Claudillia Marie of Giraudel residing at Wallhouse, Loubiere, recently appeared before the Magistrate court charged with the importation of 17 pounds of cannabis from Saint Martin to Dominica which has a street value of EC$17,323.00.

Marie pleaded not guilty to the charge and as a result, she was granted bail in the sum of EC$50,000.00.

According to her conditions, she must surrender her Commonwealth of Dominica passport to the court and not commit another offense while on bail.

The matter was adjourned to  December 18, 2020, when a pending custom charge of false declaration will be read to her.

She is represented by attorney-at-law, Zena Dyer.

Meantime, a 26-year-old man from Portsmouth has been ordered to pay EC$12,000.00, after pleading guilty to possession of Cannabis with intent to supply.

Leon Maronie appeared before Magistrate Pearl Williams and according to the facts presented in court, on Tuesday 1, December, 2020, Maronie did have in his  possession 13,620 grams of cannabis with a street value of EC$30,000.00 with intent to supply it to another.

Police Officers had ordered a warrant to search the premises of a certain business place and  upon receipt of that warrant, the search was executed. Whilst on the compound, an old dilapidated shed was observed; officers made their way to the shed and upon entering, they saw the defendant running toward an open window in an attempt to escape.

The officers made chase and Maronie was apprehended. A search was then conducted on the premises and Cannabis was found spread out on a green tarpaulin and hanging from a wire in the rooftop.

The defendant was arrested on suspicion of possession of Cannabis. Maronie was transported, along with the alleged Cannabis, to the Roseau Criminal Investigations Department (CID) where he was questioned. Samples of the substance were taken to be tested which returned positive for Cannabis.

As a result, Maronie was the charged.