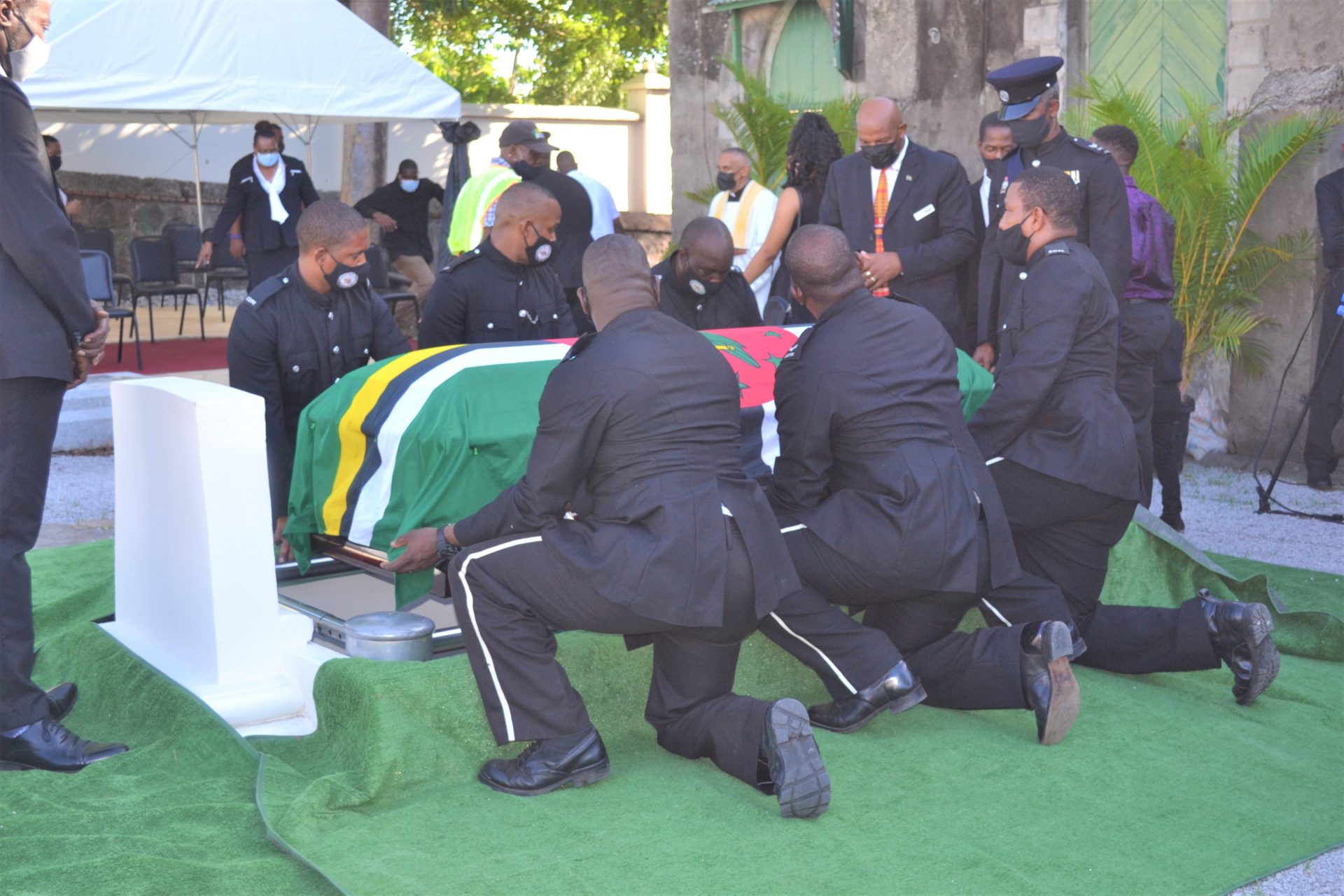 More than two months after his passing, Dominica’s first prime minister, the late Patrick Roland John, was laid to rest on Wednesday September 29, 2021 in a tomb on the grounds of the 200-year old Anglican Church in Roseau.

The funeral service which was attended by family members, government officials and other invited guests, was held at the St. Gerald Cathedral Chapel.

Below are some photos of John’s funeral service and burial.