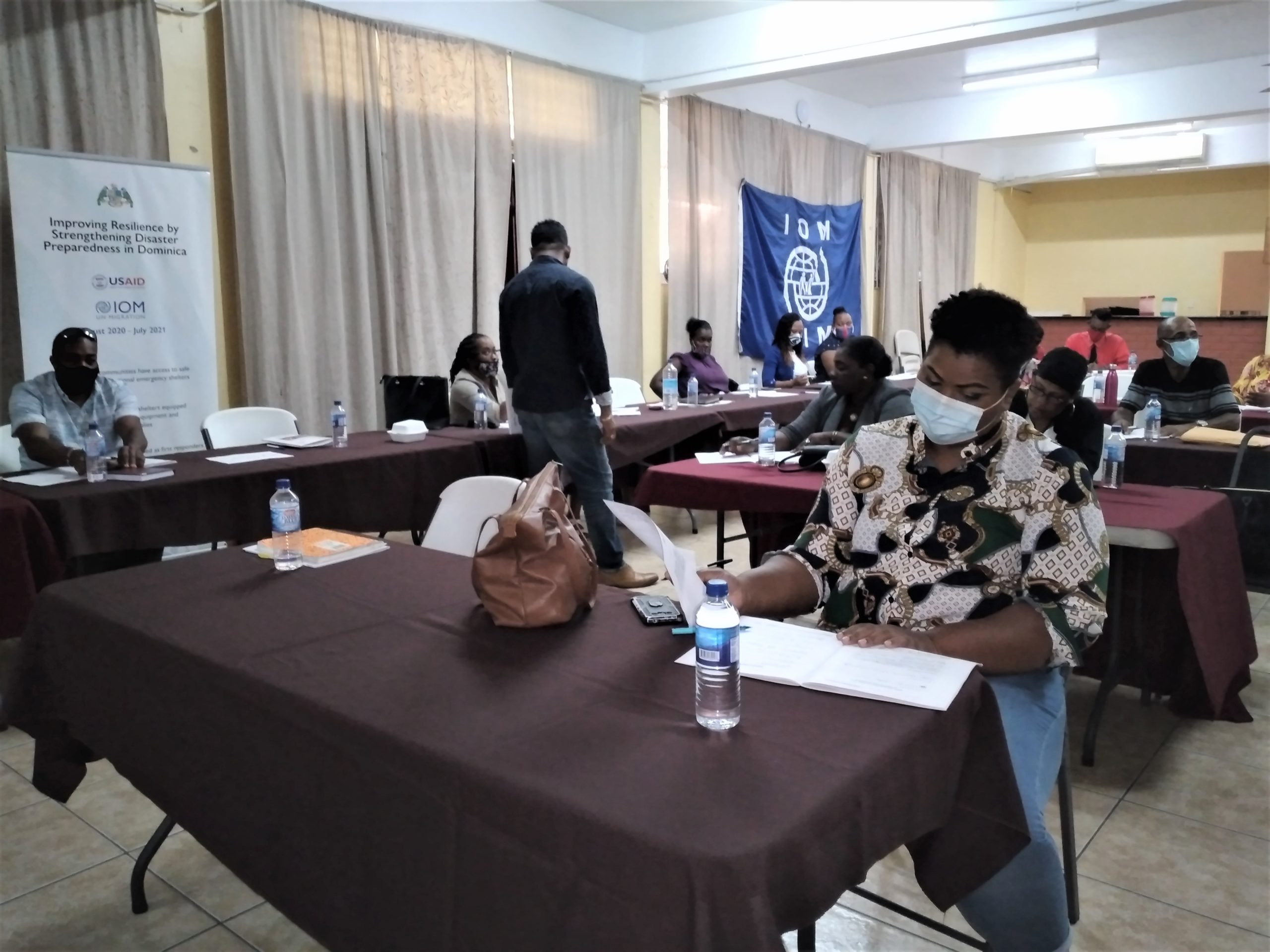 Thirty individuals from 26 communities received one-day training on Wednesday 13 January 2021 in conducting Initial Damage Assessments (IDA) in the aftermath of adverse events such as storms, earthquakes, landslides, fires and floods.  The training was organized by the International Organization for Migration (IOM) with funding from the American People through the United States Agency for International Development (USAID), to support the Government of Dominica to increase communities’ preparedness for emergencies and strengthen national resilience.

Repair and Rehabilitation of Emergency Shelters

Meanwhile, repairs and rehabilitation of seven (7) emergency shelters have commenced with teams assigned by local contractor under the overall supervision of IOM within the USAID project.  The repairs are being executed with the guidance and direction of the Chairperson of the Emergency Shelter Subcommittee of the National Emergency Planning Organization (NEPO).   Contractors were chosen by IOM based on an open bidding process which began in October 2020.

Members of the public have been asked to be cautious when travelling close to the five sites which are currently active at the Pt Michel Community Centre, Eggleston Pavillion, Sineku Resource Centre, Cochrane Old School and the Laudat Old School.

People who are willing to volunteer in community disaster preparedness, including from groups that are often overlooked such as youth, elderly, migrants and people with disabilities are asked to contact the Office of Disaster Management (ODM) or their Community Disaster Management Committee to make themselves available to serve.  The number at the ODM is 448-7777.

Ultimately, through this project, IOM hopes to support the government and people of Dominica, to be better prepared to face events such as floods, landslides, fires, hurricanes, as well as earthquakes, volcanos, and other natural hazards.  The USAID-funded project runs until the end of June 2021.