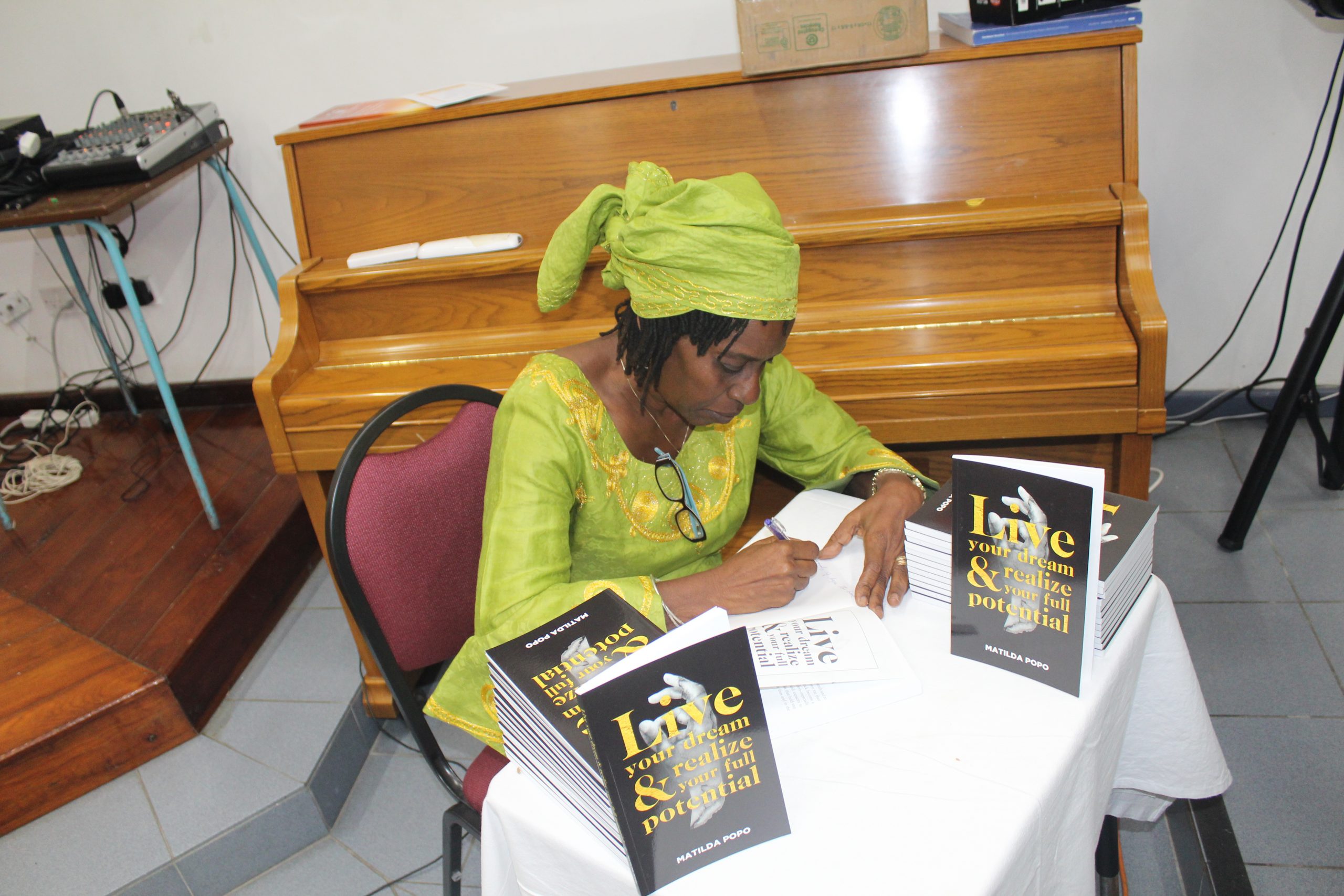 “Live your dream and realize your full potential” is a book written by retired Youth Officer Matilda Popo and was formally launched at the University of the West Indies (UWI) auditorium on February 5th, 2020.

The author says that the book, which is written with the youth in mind, “aims to ignite the spark of greatness within you”.

Through the skillful intertwining of personal experiences and the inspirational life-stories of others who determinedly defeated the odds and accomplished great things, Popo unpeels the potential and capacity within us all to do the same.

“Though life may be littered with challenges and obstacles, this book encourages you to reach for your dreams,” Popo said. This book, “Live Your Dream and Realize Your Full Potential” was written to persuade people especially the youth; to work seriously in making their dream become a reality and to be dissuaded by negativity, self-destructive words and other peoples negative perception.”

She continued, “Too many times we hear people say, I cannot do it I will fail…we need to stamp that out of our system.”

“Many people have the propensity to do well but they are daunted by doubts, lack of confidence, low self-esteem and fear…so I know that after it is read, understood and implemented, readers will see themselves operating beyond their own imagination,” Popo asserts.

She says the book is “reader-friendly” with the aim of helping people to grow and shine.

“Having that book on the back burner was not helping me with my true potential,” she disclosed.

She described young people as the pillars of society and urged them to dismiss fear and live their dreams.

“I take young people seriously, if they do wrong I will say that and if they do right I will also say that to them…I really want them to live their dreams, potential which calls for determination, concentration and commitment and dismissing fear,” Popo declared.

According to her, in writing that book, three words came to her mind, “Compel, propel and dispel.”

The book is available on Amazon and locally for EC$35.00.