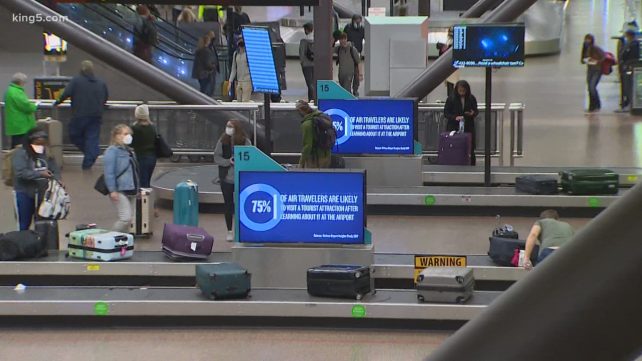 Starting January 26, all international passengers flying into the United States—including returning U.S. citizens—will need to provide proof of a negative COVID-19 test prior to boarding, according to a new order issued by the U.S. Centers for Disease Control and Prevention (CDC) on Tuesday.

The move comes a little more than two weeks after U.S. health officials began mandating a CVID_19 test for travellers coming from the United Kingdom, which marked the first time the United States required testing for international arrivals. It also comes amid reports of new variants of coronavirus emerging in countries such as the United Kingdom and South Africa that have shown to have increased transmissibility.

“With the U.S. already in surge status, the testing requirement for air passengers will help slow the spread of the virus as we work to vaccinate the American public,” the CDC said in a statement.

Effective January 26, those arriving stateside on any international flights will need to provide proof of a negative PCR or antigen test, the results of which must be from no more than 72 hours prior to departure, according to the CDC. Airlines will be required to confirm the negative test result for all passengers before they board and to deny boarding to those passengers who choose not to take a test.

The testing requirement is a reinforcement of a testing protocol for International travellers that the CDC released in November. In addition to what will now be a required test prior to entering the United States, the CDC recommends that travelers get tested again three to five days after arrival and stay home for seven days after travel. The postflight test is not a requirement but a recommendation asking travelers to stay put for one week after traveling while they await negative COVID test results.

Currently, travel into the United States remains highly restricted. Since mid-March, there’s been a ban on foreign nationals traveling to the U.S. from the U.K., Ireland, the European Schengen area, China, Brazil, and Iran, with exceptions including U.S. citizens, permanent residents, and some family members.

On January 4, Airlines for America, a trade group that represents the major U.S. airlines, submitted a letter to Vice President Mike Pence, asking that a testing protocol be used in lieu of the travel bans that are currently in place.

The airline and travel industries have been pushing governments for months to use COVID testing as a way to further open up travel and borders amid the pandemic. While some countries have done so, many still do not have testing protocols in place.

Prior to issuing the COVID-19 testing requirements for the U.K. and now for all international arrivals, the United States had not implemented control measures for arrivals at the federal level such as COVID testing or quarantine requirements throughout the course of the entire pandemic—although individual states such as Hawai and New York have.

In September, the U.S. dropped its COVID-19 health screenings for international arrivals, which asked that those arriving from abroad fly into one of 13 airports where enhanced screening measures were being carried out. The screenings included asking passengers about their medical history and current health condition, taking their temperature, and obtaining their contact information. Passengers were also asked—but not required—to proceed to their final destination and self-quarantine for 14 days.

The quarantine recommendation was ultimately replaced with the dual testing protocol outlined above.