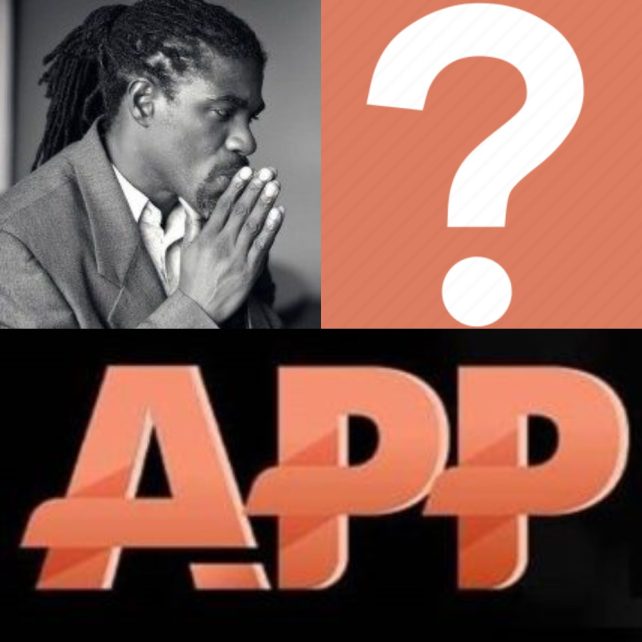 The less than two-year-old Alternative Peoples’ Party (APP) appears to be facing a major rift in its leadership as some members of its current executive have announced that party co-founder and political strategist Alex Bruno has resigned, but Bruno vehemently denies that claim.

“In the true spirit of transparency which the Alternative Peoples’ Party (APP) prides itself on, we wish to inform the general public that the executive of APP and Political Scientist Alex Bruno, who served as our former party strategist has mutually agreed to part ways,”  a media release signed by the party’s president Julius Corbette, stated.

Dominica’s youngest political party further noted, in its release, that within the past few weeks, “there have been several matters which have attempted to threaten the democratic principles and values which they stand for; therefore, the appointed executive, duly recognized by the Electoral Commission of Dominica saw it fit to make some necessary changes.”

The APP release does not go into detail about the “matters” which appear to have created the rift between Bruno and the party’s executive, but it goes on to state that as of September 16, 2021, Bruno officially tendered his resignation to the party’s president, which the executive members “had no objection to accepting.”

Contrary to the party’s press release, Bruno, who has taken to the airwaves and social media,  to categorically deny the assertion, told Dominica News Online (DNO), “I Alex Bruno, co-founder of the APP and the party’s political strategist, have never sat in conference nor exchanged any information  with the party’s executive now, or in the past, expressing my wish to resign from the party or from my office.”

However, three top executives of the party – president Julius Corbett, political leader Tahira Blanchard, and deputy political leader Sharon Vidal – have all confirmed to DNO that their separation from Alex Bruno is true.

According  to these APP officials, based on a series of actions taken by Bruno within the past few weeks –  which they chose to keep confidential – they determined that a parting of the ways was the best option to protect the party’s integrity.

They declined to comment further citing the desire to refocus their attention on assisting in the ongoing fight against COVID-19. However, a well-placed source has made available to DNO, a copy of what they say, is an open letter which the executive sent to Bruno reminding him of a WhatsApp message in which it is alleged that he informed them of his decision to resign from his position.

“I also refer to a WhatsApp message dated September 16th, 2021, from you (Mr.Bruno) to the party President requesting the President to create another Executive Management Chat Chamber excluding you (Mr. Bruno) and that you will remain as Co-Founder, Supporter and Friend but not as Strategist nor Executive Member,” a part of the letter, dated October 11th 2021, stated.

It added, “You (Mr. Bruno) also reiterated that you will not serve the Party in any sensitive leadership position and that this was not up for debate and that all necessary passwords and information that was requested of you would be handed over.”

Pointing to Article 3 section 8L of APP’s ratified constitution, the APP executive, in the letter copied to several other founding members, demanded that the political scientist, who worked with the opposition United Workers Party (UWP) in the last general election, “immediately render” to the president, all the party’s passwords, credentials, documents and literature “that was used or produced for the benefit of the party” and also to return any property of the party.

“In addition, in accordance with Article 3 section 8M of the Alternative Peoples` Party Ratified Constitution, you are obliged to keep confidential, all information that you were privy to as Party Strategist and co-founder. Failure to comply, will result in legal action taken against you,” the letter warned.

Bruno has also been advised to immediately cease all operations including administrative, political zonal or district gatherings or meetings, functions and consultations including meetings with any delegate, soliciting sponsorship, or anything else pertaining to the Alternative Peoples Party’s business.

Bruno’s response to DNO when questioned on the WhatsApp message he allegedly sent to Corbett, was,  “I have sent several messages to the members of the APP on different dates and times and if September 16 is one of those dates, I guess it is but I will tell you again that I never resigned from APP as political strategist or anything else.”

While Bruno maintains that everything is fine within the party, sources close to the APP have informed DNO that a conclave with several of the founding members of the party was held this past Sunday and a discussion on political leader Tahira Blanchard’s future with the team was part of the agenda.

A media release bearing the signature of Kendra Stephen, one of four females who had earlier been introduced as executive members of the party, had announced the convening of a special founders conclave of the APP as a result of recent unforeseen developments, “to realign the vision and mission of the party as it relates to the development of Dominica.”

According to that release, “This decision became necessary  and is guided by the strength of our original 24 founding articles and the spirit with which the party was constituted, as captured in Article 21: ii of the party’s constitution.”

The release ends by noting that “A congress shall therefore be convened to elect members who will be tasked with leading and guiding APP’s vision no later than 48 hours following the publication of the press release issued on October 11, 2021.”

Meantime, a notice on the party’s Facebook page announced that a special congress will be held this evening.