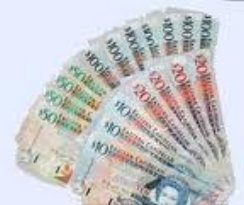 The Government of Dominica continues to attain record low rates for Treasury Bills on the Regional Government Securities Market (RGSM), according to a release from the Office of the Prime MNinister.

On Wednesday, June 18, 2014 the Government of Dominica received a rate of 1.999% when it raised $EC20 million through the second of a series of three, 91 day Treasury bill offerings. This is the second time that such a low rate has been attained. On Monday, March 17, 2014 the Government of Dominica raised $EC20 million in the first of the series of three Treasury bills on the RGSM at the rate of 1.999%. This rate was 50 basis points below the previous record of 2.49%.

The release states that Prime Minister and Minister for Finance, Roosevelt Skerrit, views this as a vote of confidence in the Dominica Labour Party’s administration fiscal policies.

“The government has had to face our own challenges but we have worked vigorously to build a strong platform for our sustained economic growth,” he said. “While we have not been spared entirely the effects of the global financial crisis, our prudent fiscal and economic policies have insulated us from the more severe effects. The rate achieved in the most recent Treasury bill offering further cements Government’s ability to raise the financing it needs at a lower cost to the taxpayers of Dominica.”

Government is committed to creating a local economy that develops the lives of the people of Dominica without creating unsustainable debt burdens, the releases says.

It adds that Treasury bills present an avenue to invest outside the normal banking system.