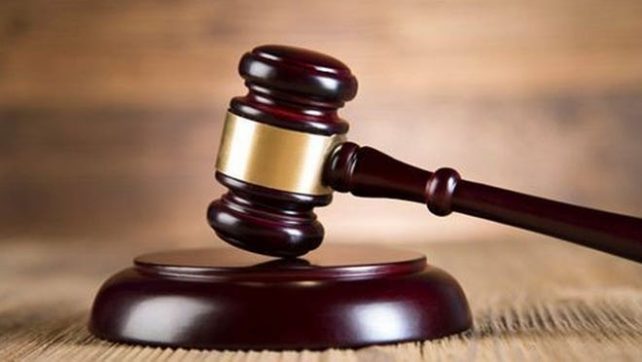 Two Canefield men are now on remand at the Dominica State Prison awaiting trial following their not guilty plea of gun and drug related charges.

On February 22, 2021, at Fond Cole, Police arrested Kavan Moses and Fabien Anthony Ryan for having in their possession seven firearms and 666 live rounds of ammunition – 50 rounds of .380 ammunition and 616 rounds of 9MM ammunition– without being the holder of a valid license for either.

The men were also said to have had in their possession 28,653.3 grams of cannabis with intent to supply to another.

At the court hearing on February 26, Ryan first pleaded guilty to all the charges whilst Moses pleaded not guilty. However, the prosecution did not accept the not guilty plea and opted for a trial for both men.

Following consultation with their attorney, Wayne Norde, the charges were read over to the men and they both pleaded not guilty.

Norde then attempted to make a bail application for his clients but that was quickly dismissed by Magistrate Michael Laudat who indicated, by interpretation of Section 6 of the new Bail Act, that bail is no longer an entitlement and he may refuse to hear an application in any matter.

Resolute in his decision, Magistrate Laudat stated that section 6 is at the discretion of the court whilst section 7 makes provision for bail.

Following a lengthy argument, Norde was still unable to persuade the court to grant bail to his clients.

“This court, like all other courts, does not operate in a vacuum because the court is part of the community. There is a public outcry now for wanton use and misuse of firearms in Dominica and if I were to open that door now and bring anybody passing on the street what would that person want from the court, justice,” Laudat stated.

He added, “If a man is caught with 7 firearms, the full brunt of the law must be brought down on him. It is not in the public’s interest to grant bail to these men,” the magistrate insisted.