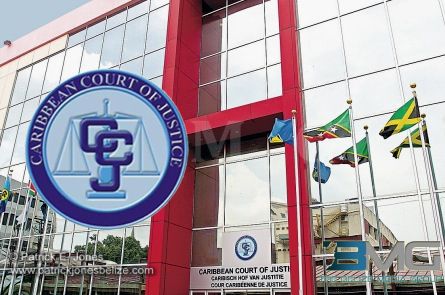 In a judgment released on Thursday, the Caribbean Court of Justice (‘CCJ’) in its Original Jurisdiction re-emphasised the importance of maintaining the Common External Tariff (‘CET’) in respect of brown sugar.

On 30 September 2020, the State of Belize filed an Originating Application, The State of Belize v The State of Trinidad and Tobago [2022] CCJ 1 (OJ) against the State of Trinidad and Tobago. The application was of historic significance in that it was the first time that the CCJ was asked to adjudicate a suit where one CARICOM State brought proceedings directly against another for alleged breaches of the Revised Treaty of Chaguaramas (‘RTC’). The CCJ heard the matter on 2 and 3 November 2021.

Belize initially asked for declarations and damages against Trinidad and Tobago arising from the alleged failure of Trinidad and Tobago to comply with its obligations under the RTC. Under the RTC, CARICOM States are required to impose a 40% CET on brown sugar imported from sources outside the Caribbean region. Belize contended that it had evidence to demonstrate that between November 2018 to June 2020, brown sugar produced outside the Caribbean region, entered the market of Trinidad and Tobago without the 40% CET being imposed. Consequently, it claimed that Belize Sugar Industries Limited (‘BSI’), a company incorporated in Belize, was not able to sell the volumes of brown sugar into the Trinidad and Tobago market that it had projected. Belize commenced the action to enforce the RTC so that BSI could enjoy the benefits of what it referred to as an assured market.

Trinidad and Tobago contended that it complied with its obligations under the RTC and denied that it permitted the importation of brown sugar from any extra-regional territory, that is brown sugar imported from outside of the Caribbean, without the imposition of the 40% CET. Trinidad and Tobago also contended that, as BSI was not a state-owned entity, Belize could not present the claim for the benefit of BSI.

At the hearing, Belize expressed its willingness to accept, in substitution of the relief claimed, appropriately worded judicial statements of the importance of implementation and maintenance of the CET on brown sugar imported from outside of the Caribbean.

While robustly defending the case brought against it, Trinidad and Tobago did not object to this way of proceeding.
The CCJ found that there were severe shortcomings in the evidence offered by Belize, in respect of the alleged failure of Trinidad and Tobago to apply the CET. However, given the concessions made by Belize, the CCJ was not required to rely on or make specific findings on this evidence to make the requested statements.

The CCJ re-emphasised the importance of maintaining the CET especially in respect of a product such as brown sugar, which is of demonstrable importance to Member States such as Belize that manufacture it. The CCJ found that the CET does not guarantee regional brown sugar producers an assured market, but that those producers are entitled to the protection of the market that the CET is intended to provide. The CCJ also found that there was no doubt that under the RTC, Belize was entitled to espouse this claim on behalf of BSI.

The CCJ ordered each state to bear its own costs.

The CCJ was presided over by the Honourable Mr Justice Saunders, President and the Honourable Justices Wit, Anderson, Rajnauth-Lee, Barrow, Burgess and Jamadar. The State of Belize was represented by Mr Andrew Marshalleck SC and Ms Samantha Matute-Tucker and the State of Trinidad and Tobago by Mr Terrence Bharath, Ms Amrita Ramsook, Ms Coreen Findley and Ms Sasha Sukhram.

The full judgment of the CCJ is available on the CCJ’s website at www.ccj.org