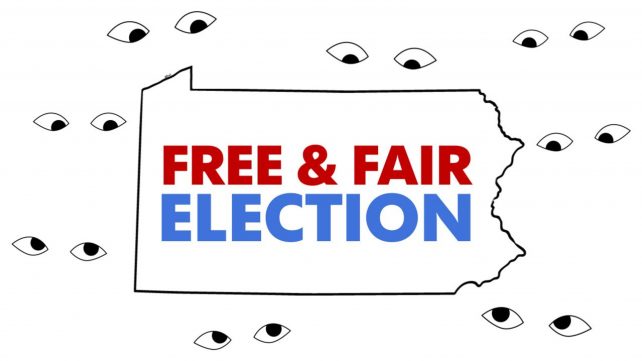 The Concerned Citizens Movement (CCM) has written to CARICOM Heads of Government and several other regional and international organizations and agencies requesting that a special mission be sent to Dominica to assess the situation in the country as it relates to electoral reform and to make recommendations to the government and Electoral Commission “to facilitate free and fair elections as required by the Constitution.”

In its letter, dated November 20th, 2018, CCM describes itself as a registered, non-political organization founded in February of 2014 because, according to the organization, some citizens were appalled at the blatant irregularities taking place ahead of the upcoming general election of that year.

The letter goes on to state that many people in the Commonwealth of Dominica now believe that the 2014 general election was so unfair that it has severely undermined the democratic process.

“For the last three general elections of 2005, 2009 and 2014, the ruling Dominica Labour Party government has manipulated the electoral process to their advantage to the extent that observers from both the Commonwealth Secretariat and the Organization of American States (OAS) have made recommendations for electoral reform in their subsequent reports of findings,” the CCM said….”The observers concluded that though the general elections appeared to be free, they were not fair.”

First among the four “dominant concerns” which the CCM highlights in its letter is a bloated electoral list.

“According to information received from the Electoral Office the September 2018 voters list revealed a total number of 70,645 electors whereas the last census showed a population of 71,293, which implies that 99.09% of the population can vote, notwithstanding the fact that the voting age is 18 years,” the CCM wrote.

The Movement is also concerned that although Dominica’s electoral laws make provision for Dominicans living overseas for less than five years to be able to vote in Dominica, the fact that the voters list has not been cleansed for more than twenty years makes it possible for them to vote illegally.

“Accordingly, for the last three consecutive elections, this bloated list has allowed the Dominica Labour Party-led government to violate the electoral laws of the country and import ineligible voters whose names are still on the electors list,” the CCM complained.

The CCM is also concerned by what it says is the lack of action by the Chairman of the Electoral Commission after having given the Dominican public the assurance that on or about 01st July 2017 a verification process would have gotten on the way, to facilitate the cleansing of the voter’s registry.

“Absolutely nothing in this regard has taken place and no valid reason or explanation was ever given to the public,” the CCM stated.

In addition, CCM is recommending identification cards for voting, equal access to the media and campaign finance reforms to include the disclosure of the source of funds for political campaigns.

“Therefore, we respectfully request, that in line with one of your organization’s key focus of promoting democracy and good governance, a Special Mission be mounted to Dominica to evaluate and assess the situation and make recommendations to the Government and Electoral Commission  to mitigate the potential conflict risk that can emerge with the present situation,” CCM stated in its letter. “The Government must allow the Electoral Commission to do its work in order to facilitate free and fair elections as required by the Constitution.”

The full letter is posted below.