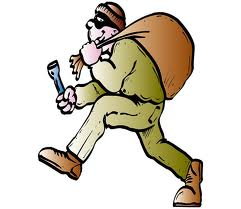 The office of the Dominica Association of Persons with Disabilities (DAPD Inc.) on Canal Lane, Goodwill was broken into, over the week-end, the second of such incident to occur in seven weeks.

The thieves again went away with computer and office equipment, as well as beverages and a number of flash drives.

Two of the flash drives contain information related to the education of the blind student at the St. Mary’s Academy, whose text books were being scanned  to be saved on his computer so as to enable him to do his school work.