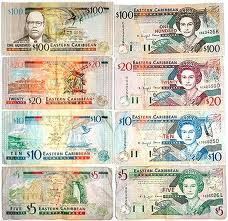 The government and opposition on Thursday gave unanimous support to the “Money Laundering (Prevention) Amendment Act no 2 of 2013″ which was debated in the Dominica Parliament.

Piloting the bill through the house was Minister for Legal Affairs and Tourism Minister, Ian Douglas, who labeled it as “a very timely piece of legislation.”

Edison James, Opposition MP for Marigot, gave his full support to the bill. “The opposition fully supports the amendment to the bill but wants it to be not just a bill ‘passed’ but also must be “’fully implemented,’” he said.

He said further that the laws passed by parliament must be applied to all. “We need to do this thing in unity…we cannot only pass laws, we need to apply them irrespective of white, red, blue. The law must be applied in an equitable manner and we all must be prepared to assist in the scourge of money laundering,” James remarked.

Peters referred to the bill as “a significant piece of legislation.”

However, he said that despite what some may say and think, the office of the AG and the government do not interfere in the criminal justice system and do not “dictate what happens in the court.”

He pointed out that persons on the radio and “talk shows” need to exercise some more “self control” in their utterances. “We are a society of peace and tranquility … we can agree to disagree and so there is no need for irresponsible language used and the stirring up of feelings,” he said.